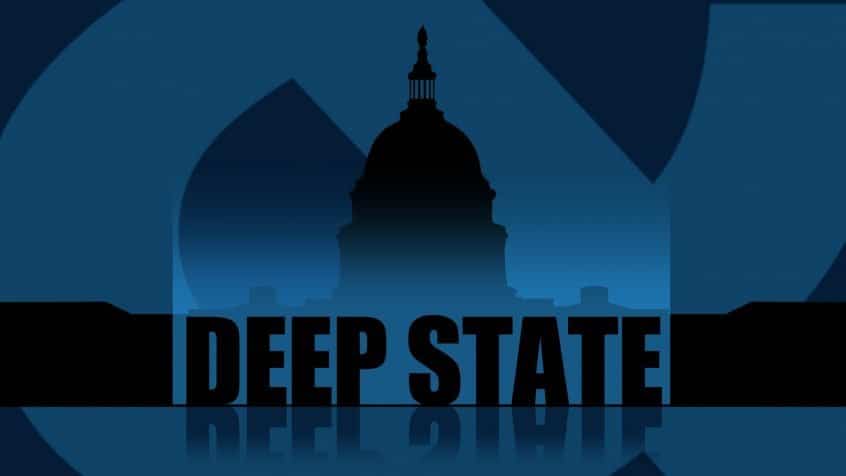 The truth just came out.

Sadly, the damage was done…and few will ever see the retraction.

The latest retraction of a false accusation gives you a rare insight into how government officials are trying to mislead the public and voters.

Here are 7 things you should know about the latest disclosure involving the Deep State, how it works, and about Russia Hoax II:

1. One of the most dangerous news stories during the 2020 election that hurt President Trump was “Russia Hoax II.”

What did the “leaked” government report say that the media declared to be truth?

That Russia placed “bounties” on the heads of U.S. soldiers in Afghanistan.

And that President Trump’s so-called “collusion” with Russia resulted in him doing nothing about it.

Now the intelligence agency says this Afghanistan bounty accusation never happened. Russia had no bounties. It was a false story.

But the harm was already done to President Trump.

But now that Biden wants to pull troops out of Afghanistan, it’s in his self-interest that the falsehood is corrected.

The damaging lies started on June 26, 2020 when The New York Times “revealed” that unnamed “American intelligence officials” have concluded that “a Russian Military intelligence unit secretly offered bounties to Taliban-linked militants for killing coalition forces in Afghanistan – including targeting American troops.” The paper called it “a significant and provocative escalation” by Russia.

The entire news and social media made it the headlines. Biden and all the anti-Trump voices relentlessly talked about it to discredit President Trump.

4. The reasons the Deep State bureaucrats released the false propaganda.

The story appeared just a week after President Trump announced his plan to withdraw all troops from Afghanistan by the end of 2020.

The military intelligence agency and the Department of Defense bureaucrats opposed to Trump – and some who were against withdrawing from Afghanistan – used the media to accuse Trump of appeasing Putin by leaving Afghanistan and being too scared to punish the Kremlin for its made-up act against America.

It was all about Russia’s evil and the horror that Trump did not retaliate – because of Trump’s collusion with Putin.

Then-candidate Joe Biden said Trump’s refusal to punish Russia and his casting doubt on the truth of the story was more proof that Trump’s “entire presidency has been a gift to Putin.”

5. Who in the media sought the truth?

No one in the media sought the truth.

No one believed him.

No one questioned the CIA, intelligence agencies, or Department of Defense.

No one questioned the Deep State’s agenda.

Apple News. NPR. Facebook. CS/NBC/ABC/local media and national – all got it wrong.

6. The revelation of the lie.

Now The New York Times admits the story was leaked by the CIA.

The CIA became one of the leading groups of the anti-Trump Resistance in government positions, leaking and undermining Trump and his policies.

The collusion between the biased press and the intelligence community deepened more than ever to “get” Trump.

So now the truth comes out – now that Trump is gone.

Now they admit there was no evidence – only some speculation.

One of the loudest attacks on Trump came from MSNBC’s Rachel Maddow, who for months was on a rampage on this story.

Before this official admission of falsehood, she said months ago:

“Two months after top Pentagon officials vowed to get to the bottom of whether the Russian government bribed the Taliban to kill American service members, the commander of troops in the region says a detailed review of all available intelligence has not been able to corroborate the existence of such a program.”

“It just has not been proved to a level of certainty that satisfies me,” Gen. Frank McKenzie, commander of the U.S. Central Command, told NBC News. McKenzie oversees U.S. troops in Afghanistan. The U.S. continues to hunt for new information on the matter, he said.

“We continue to look for that evidence,” the general said. “I just haven’t seen it yet.”

The “independent sources,” “confirmed sources,” “our sources,, “secret evidence” is just political propaganda from Deep State bureaucrats who make up  false stories to be taken as truth.

7. This falsehood was as bad as Russia’s Hoax #1 – Trump/Russia collusion.

The $60 million Mueller investigation on “Russian collusion” was completed with the best, smartest anti-Trump FBI agents who found no smoking gun to indicate or confirm collusion after 18 months of high-tech, aggressive investigations.

It was a false narrative, originating out of the intelligence agencies to leadership to influence the election then to destroy Trump.

This is a bureaucracy out of control.

It’s a bureaucracy dangerous to freedom.

I expose in 262 pages how the Deep State began, why the bureaucracy is different today and ideological and how it operates.

Click HERE to order online for an autographed copy.

What do you think? Let me know. Email me craig@electionforum.org.