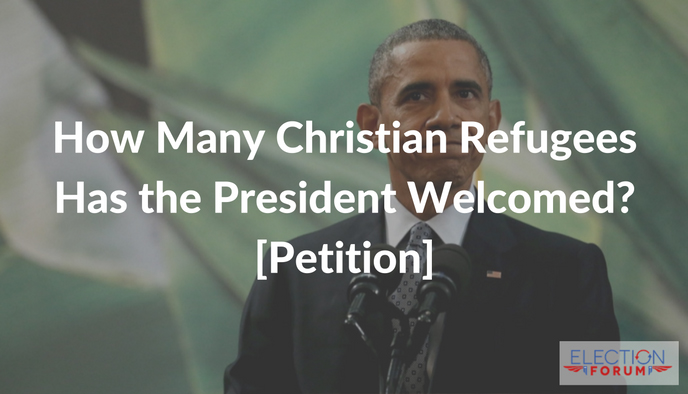 The Islamic terrorist attack in San Bernardino, CA, with arrests of terrorist suspects in California and Texas, still rattles our sense of security.

This and other terrorist attacks expose how our lax immigration system is putting Americans at great risk.

And recent reports indicate that the ISIS forces are exploiting the refugee program to infiltrate more countries.

One compromise in Washington offered to give priority refugee status to Christians and other persecuted minorities. 10% of Syria’s pre-war population is Christian.

One would think, then, that 10% of the income refugees to the United States would be Christian.

But out of nearly 60,000 refugees admitted to the United States, nearly 29,000 were Muslim and we still do not have accurate figures on how many Christians. Most of the Middle Eastern migrants flee from refugee camps headed by the United Nations, and even there Christians are not safe.