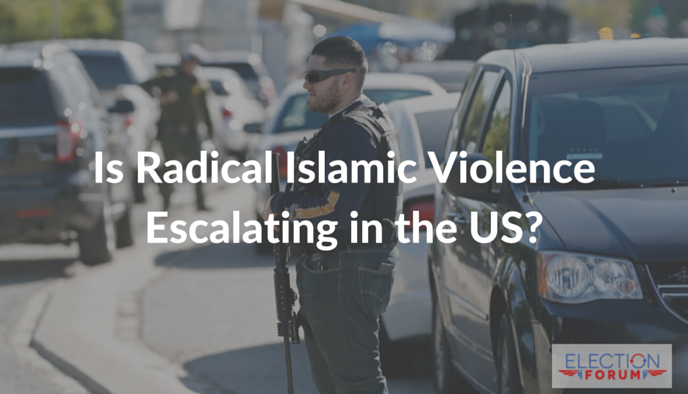 But did you know about the following (and much more) since 2013? Note that most of these attacks took place in random small towns, not major cities.

March 24, 2013 – Ashtabula, OH: A Muslim convert walks into a church service with a Quran and guns down his Christian father while praising Allah

March 3, 2014 – Port Bolivar, TX: A Muslim man shoots his lesbian daughter and lover to death and leaves a copy of the Quran open to the page condemning homosexuality.

October 23, 2014 – New York, NY: Muslim convert attacks four New York policemen in the subway with a hatchet, severely injuring one in the back of the head and injuring another policeman in the arm.

July 16, 2015 – Chattanooga, TN: A “devout Muslim” stages a suicide attack on a shopping center at a strip mall and a naval center which leaves five dead.