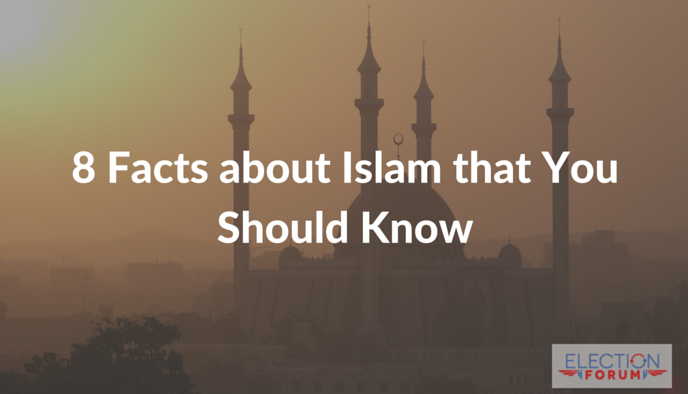 During the National Prayer Breakfast a few months ago, the President went beyond his refusal to acknowledge radical Muslims as Muslims.

In fact, he compared violent Islam with a fictional violent Christianity.

And he showed contempt for Christians.

The Prayer meeting started with an incredible personal testimony and salvation message by NASCAR Hall of Fame driver Darrell Waltrip.

The room was silent. God was glorified- But then something strange and stunning happened.

President Obama got up and

Here’s part of what he said:

Obama has never said ISIS has committed terrible deeds in the name of Muhammad or Islam in the past or today. But he did reach back to the past to attack Christians.

Jesus never justified violence or discrimination. The Bible’s command is to love.

But Mohammed did justify violence and discrimination. The Koran is a book that advocates barbaric, ISIS-type behavior.

Yes, individuals have done terrible deeds in the name of Christ, but they were done apart from the teachings of Christianity and the word of God.

Jesus said ‘love your enemies. Muhammad said “kill them.” With Christianity, God so loved the world that he gave his son to die for you. With Islam, your own son dies for God.

The Muslim radicals are following the example of Muhammad and the teachings found in the Qur’an.

“Fight those who do not believe in Allah…until they pay the tax in acknowledgement of superiority and they are in a state of subjection. Sunna 9:29. The next verse says “May Allah destroy (the Christians and Jews).

“The punishment of those who wage war against Allah and His Messenger, and strive with might and main for mischief through the land is: execution, or crucifixion, or the cutting off of hands and feet from opposite sides, or exile from the land: that is their disgrace in this world, and a heavy punishment is theirs in the Hereafter.” Sura 5:33

Or “fight and slay the pagans wherever ye find them…fight those who do not believe in God (9: 5,29).”

Muhammad personally beheaded approximately 700 Jewish male captives and sold the women and children into slavery. Muhammad also had killed: three slave girls who had made fun of him; a mother of five as she nursed a child; and numerous other non-threatening civilians. He ordered his followers to “Kill any Jew that falls into your power.” (LOM, 369).

ISIS and radical Muslims follow the doctrine of “abrogation”, which teaches that the Quran’s later violent verses supersede anything else.

For 1400 years there have been Muslim terrorist attacks, following a strict interpretation of the Koran and Muhammad’s teachings. The result was poverty and government control of the individual.

While condemning Christianity, Obama failed to say it was Christianity that transformed society to help the poor and sick, provided education, ended barbarism under Pagan Rome, and established respect for property rights and the protection of liberty, which created the greatest economic boom ever, lifting people out of poverty and giving people hope for the first time in history.

The Muslim genocide against Christians and religious minorities, against women and children is happening today. Now.

It’s true that there were atrocities by some of the Crusaders and Muslims from the end of the 11th to the 13th century until the Siege of Acre in 1291.

The Crusades began as a defense act against the barbaric atrocities against Christians by the Muslims who conquered Jerusalem and other lands.

In fact, the ISIS terror group is no different today in its behavior—for it is barbarism—than it was in the time of Muhammad and the crusades.

For over 400 years, Muslim terrorists killed and conquered, taking over Turkey, the Arab nations, Egypt, Eastern Europe, and Israel. These nations were all home to a predominately Christian population…until the Muslims came.

Jerusalem, Syria, and Egypt were the most heavily populated Christian populations in the world, but fell to Muslim slaughter. Soon North Africa fell.  And Asia Minor (Turkey) fell to the Muslims in the 2nd century, which had been Christian since St. Paul.

The Crusades took place nearly 300 years after the first Muslim attack on Europe. The Moorish Empire conquered Spain and Portugal for more than 100 years. They invaded France, Italy and Greece and conquered most of the Byzantine Empire.

They forced conversions. They beheaded and crucified. They turned Christian churches into mosques. Muslims conquered Jerusalem in 637 AD. 50 years later they built the 2nd holiest mosque on the Temple Mount.

The Crusades were an effort to recover areas taken from Christians. It was viewed as an effort to save and rescue Christians, not force “conversions.”

Yes, some did bad and brutal things in the name of Christianity. And that’s largely because the Crusades were done jointly by medieval Catholicism and the power of kings.  When government and religion join, bad things will happen, just as when government joins with ideologies, corporations, and politicians.

The difference: true Christianity conquers the world with love, service and God’s word.

Islam with unspeakable terror and the sword.

No Mr. President, to use what happened about 1000 years ago as an effort to not condemn violent Islam doesn’t work.

The Inquisition was a horrible time for Christians and Jews. It was government and religious/political leaders, not Christianity, that caused it. It was political corruption.

But even then, Alexander Solzhenitsyn noted Lenin ordered more people executed in his first days in power in Russia than the all the fatalities combined in the Spanish Inquisition, which happened over 300 years.

It doesn’t even come close to what is happening today.

It was pastors and Christians, lay people that stood the ground against the immorality of slavery. It was William Wilberforce, the great Christian English politician, who helped abolish it. It was Christians and Martin Luther King that stopped government laws/Jim Crow laws that legalized segregation and racism.

It’s tragic and wrong that some Christians at one time owned slaves. But Jesus never owned slaves. Muhammad owned many slaves, along with Concubines. The slave trade in Africa was run largely by Muslims. Saudi Arabia didn’t outlaw slavery until the 1960’s and slavery is still in practice in Islamic areas.

Christianity did not invent slavery. It’s been a human condition since the earliest times. Before Christ and after, slavery existed. 5th Century Rome had slaves. It was Christianity that changed it.

African Slaves were brought to the Americas in the 17th-18th centuries. It was Africa’s Chieftains and Islamic Slave traders who created the market place.

Historians have estimated that Arabs enslaved over 100 million people over 14 centuries. They enslaved those in Africa 1,000 years prior to the European African Slave trade. In fact, they continued to do so 100 years after the Europeans abolished it.

In refusing to condemn Muslim violence, President Obama is denying reality in his position of moral equivalence.

Moral equivalence says Christianity is no better than any other religion.

Moral equivalence says America is not better than any other country.

Moral equivalence says freedom is no better than any other societal structure.

Moral equivalence was used by those who justified and apologized for Nazism before and during WWII.

It was used by those who apologized for Communism.

In fact, while the President keeps saying “global climate change” is a bigger threat to America than ISIS…the reality is that this is a global, evil war on Western civilization that is as much, if not more dangerous than Nazism or Communism.

Not all Muslims accept violence or barbaric behavior. But there are many sympathizers.

More and more Muslims are starting to condemn Islamic terrorism. Interestingly, the Muslim President of Jordan and Egypt have recognized, condemned, and acted against radical Islam, something the President should do as well. Read our article on “Muslims and Radical Islam.”

Part of the problem is the nature of Islam.

No, Mr. President. All religions are not the same. Only through Christianity does God reach down to man for forgiveness and a relationship. All other religions are reaching up to God.

The Quran teaches that Allah loves only those who merit his acceptance (2:135, 3:31). The Bible teaches that God loves us as we are, “God shows his love for us in that while we were still sinners, Christ died for us.” (Romans 5:8).

Only with Christianity do you have forgiveness of sins based on grace, not works.

Only with Christianity do you have tolerance, based on people’s free choice. Christianity was not imposed on the Old World, but embraced.

Indeed, the irony of the prayer breakfast: The theme was “Remembering the Armenian Genocide of 1915.” That’s when Muslims slaughtered more than a million Christians. Indeed, what a crushing disappointment to brothers and sisters in Christ being persecuted now in the Middle East and Africa. Christians are being killed, jailed, and persecuted. All to create the global caliphate.

“Pray for those who persecute you.”

Notice, it’s a command, not a suggestion.

Love your enemies, do good to those who hate you. Bless those who curse you. Pray for those who mistreat you.

5 Comments on “8 Facts about Islam that You Should Know”