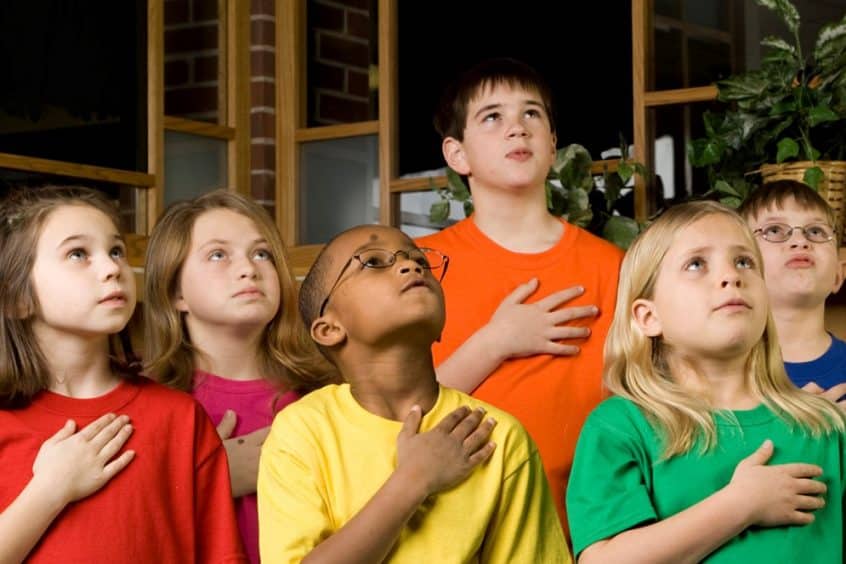 Some parents have been brainwashed by the woke movement to indoctrinate their own kids in transgender ideology at very young ages.

And there are just as many parents who are afraid to go against the status quo in their schools for fear of being labeled transphobic, who allow their kids to be exposed to this ideology.

Here are 4 examples of parents encouraging and, in some cases, brainwashing their own kids:

Video #1: Pray for These Innocent Children…

This video shows an interviewer asking 5–10-year-old kids about gay pride and why it’s important to celebrate it. One little boy says, “pride means your special and your loving”.

Another little boy describes how most kid stories are about “straight stuff” so it’s “good for kids to also know about queer stuff”. Another girl says she’s “non-binary”, while wearing the gay pride flag like a superhero cape and declaring that the event is “fantabulous”. Another little girl proclaims that it’s “important to get the word out”, and that “kids should be talking to other kids” to “spread the word.”

Could these kids be any more coached?

Could they be any more programmed?

Remember the old TV show, “Kids Say the Darndest Things”? If it were produced today, it would be renamed “Kid’s Say the Most Disturbing Things”.

This video was shot at gay pride celebration parade. The video shows a 4-year-old boy watching a girl in Daisy Duke shorts twerking and making other oversexualized undulations.

Video #3: Video of Parents Telling Other Parents How to Indoctrinate their Kids to be Transgender…

This video is from a coalition of parent-advocates working for “equality” and “fairness” for transgender people.

The intention is mobilizing support for transgender equality. In reality, they want to indoctrinate as many parents and children as they can.

Video #4: Video of Parents and their Kids celebrate Transgenderism…

This video shows parents and kids giving “affirmation” to all things transgender.

These are just a few examples of the disturbing indoctrination that’s pervasive within “woke” homes across the country.

What do you think will be the outcome for these kids?

Let me know at craig@electionforum.org