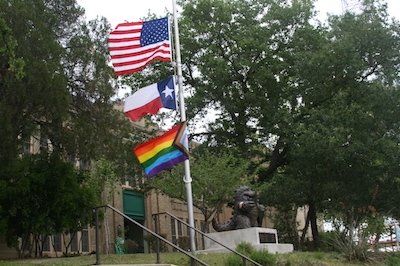 The LGBT brainwashing and exploitation of children continues to escalate.

Here are 4 disturbing examples showing how kids are being brainwashed that the LGBT lifestyle is a moral good that should be applauded, promoted and experimented with…and 4 ways churches, pastors, and grandparents are responding.

The media has long been an advocate for LGBT acceptances among adults, but now it’s being promoted as a superior lifestyle choice…even for children. It’s making children unsure of who they are, their sexuality and beliefs.

Netflix, TV, movies and other entertainment have been platforms used to demonize Christians who support Biblical morality, and to promote instead the alternative lifestyle as a positive lifestyle choice to be embraced and not questioned.

But now the attention has shifted to an aggressive, extreme promotion to children.

Here are a few new examples:

The Vatican is outraged.

It’s a “moral” good to help teach kids in elementary school and up.

Other countries and Christians are outraged.

But the “gay” flag flies next to or under the U.S. flag at foreign embassies worldwide based on Biden’s orders for the month of June or beyond.

Other government agencies in the U.S. are doing this also. This includes schools – public, government-run schools – in the classrooms and on the schools’ flagpoles.

For example, Tony the Tiger has a gay theme.

They are just one of many corporations. Chipotle has drag tacos.

Disney channel, the Cartoon channel – no cartoon venue except Christian TV or apps is safe for kids.

The San Francisco Giants team is playing in gay pride uniforms and their caps featuring “SF’ logo with colors of the gay flag, and also a patch on their jerseys.

This and more is a sad reflection of our society not only embracing secular humanism…but advocating a lifestyle at odds with a Biblical worldview – and many parents.

What’s your reaction? What’s the reaction of Christians?

There are four groups…four different responses.

Some may ignore and pretend it isn’t happening.

Churches and pastors will be silent and pretend nothing is happening.

Parents will be silent and pretend nothing is happening.

Grandparents will pretend nothing is happening.

The kids believe that the LGBT lifestyle is normal, that it is moral and to be encouraged.

They will believe that they should experiment with the LGBT lifestyle to see if it’s right for them or not.

Some churches, pastors, parents and grandkids are compromising their Biblical principles and are open to cultural change. They simply want to get along.

They prefer not to spark controversy.

For churches and pastors – cultural acceptance and not offending anyone about Biblical morality is a safer way to grow a church, generate donations and minister to their fellowship.

But that’s not what the Bible teaches.

The Bible is very clear about marriage.

It’s clear about marriage between a man and woman.

It’s clear about male and female.

It’s clear that a Biblical worldview is at odds with gender dysphoria.

Some churches, pastors, parents and grandkids celebrate these moves and claim that they are positive and loving.

But that is not what the Bible says.

The Bible says we are to declare God’s word and the Gospel without compromise.

I’m leading a Bible study now in the book of Philippians.

In the first chapter, in a culture in many ways not unlike what we’re facing today, the Apostle Paul talks about the mercy and grace of God.

Paul did not compromise.

He did not contradict the Word of God for “acceptance.”

It’s critical that we stand firm as we teach the children and grandchildren to stand for Biblical morality.

It’s not going to happen at school. Not even Sunday school.

They need to understand the difference between what is right or wrong, based on Scripture.

They need to discern why the brainwashing is an attack against Biblical principles, and that the kids should know how to defend a Biblical worldview.

It’s important for kids to be able to stand firm, knowing that they will be called a bigot, a hater or worse.

Some Christians want to get along and have no conflict.

But that’s not what we see in the Bible.

And that’s not how we advance the gospel.

Some pastors, churches, parents, and grandparents are standing firm.

We are not to be silent in the face of that which is wrong in the sight of God, that which would interfere with people and the best choices for their lives.

They are standing against this injustice to children. They are speaking out.

Now is the time for Christians to stand firm and use every opportunity to defend and advance the gospel of Jesus Christ.

Here is one other thing you can do now: Protect the kids and religious liberty by defeating the Equality Act.

Your help is needed to defeat the Equality Act.

The Equality Act will force all of the above to compromise on Biblical beliefs.

You can help stop it.

This bill passed the House and is now in the Senate.

Then forward it to everyone you can to sign it – friends, church members on your email list and on social media.

2 Comments on “LGBT Brainwashing of Children Escalates: 4 Disturbing Examples Showing the Urgent Need for Christians to Teach Truth to Your Kids and Grandkids [Video]”