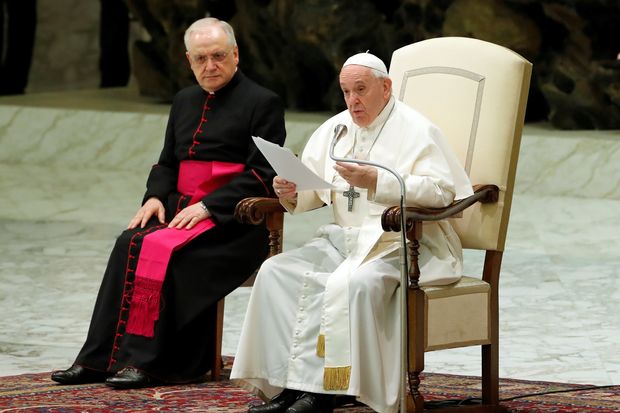 The media and politicians have been quick to condemn the Catholic Church’s new statement on same-sex marriage.

Pope Francis and the Vatican have declared that the Catholic Church cannot bless same-sex unions because God “cannot bless sin.”

The latest statement reaffirms the Catholic Church’s teaching that bars priests from blessing such unions.

The Vatican’s pronouncement states that same-sex unions are “not ordered to the Creator’s plan” and specifies that acknowledging such unions is “illicit.”

This position aligns with Biblical truth…and has caused intense attack on the Catholic Church.

But it has had a little-known benefit for all evangelical churches that hold to Biblical truth on marriage.

The Equality Act (see “Criminalizing Christianity: 11 Disturbing Facts You Need to Know About the So-Called ‘Equality Act’), the Biden administration, and members of Congress are setting up a way to nullify the IRS tax-exempt status of churches that oppose same-sex marriage and refuse to marry same-sex couples on Biblical grounds.

They also want to require that churches have no standards in hiring church employees – or lose tax exemption.

But if they go after small evangelical churches for opposing same-sex marriage, they would also be attacking the powerful Catholic Church.

If they try to force evangelical pastors to marry same-sex couples by threatening them with the loss of their tax-exempt status, they would have to include a battle with the Catholic Church along with their attack on the evangelical church.

Bottom line: the Pope’s declaration helps us fight for all churches not to lose their tax exemption status if they refuse to compromise on Biblical truth.