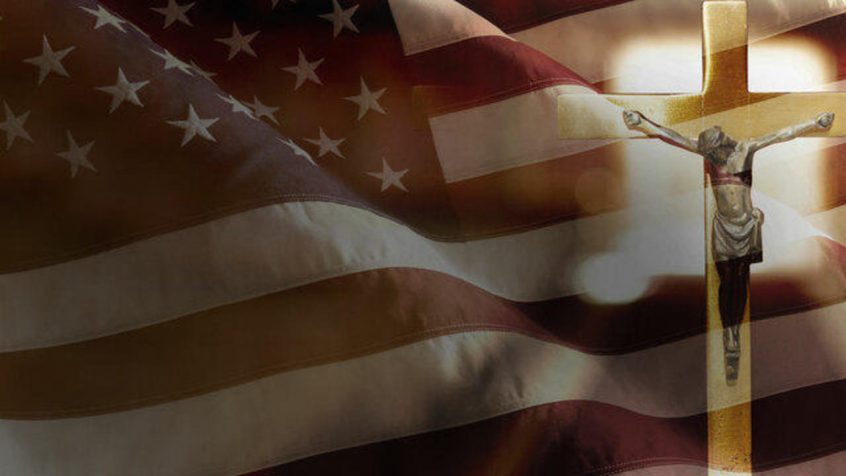 The government — a.k.a. the State — has been at war with Christianity for many years.

For example, in the state of Washington, a county has decided not to have any Christmas decorations or celebrations on public property because it would be favoring a religion.

This is of no shock, but it shows the root of the problem.

Communism and socialism cannot allow challenges to their power.

The State’s rules and policies come from its authority, and the authority wants no challenges.

Christians recognize a power that is higher than the State.

They recognize that the higher authority is God.

The government bureaucrats believe the State is God. The State is all.

Christianity believes the government is ordained by God.

For example, the American Revolution was a challenge to the State — to the king.

Our founding document, the Declaration of Independence, states:

“We hold these truths to be self-evident. That all men are created equal. That they are endowed by their creator with certain inalienable rights, that among these are life, liberty, and the pursuit of happiness.”

The government bureaucrats cannot accept or believe this. This is a challenge to their coercive power.

This is a challenge to their coercive policies.

This is a challenge to their determination that the State knows what’s right and best for the individual and is the final authority.

But this is just a smokescreen.

Jewish people don’t celebrate the birth of Christ, but they have never complained about Christmas scenes or songs on public property or in public schools.

It’s not about accommodation or inclusivity — it’s about power and control. It’s about transforming our culture and politics.

It always has been and always will be.

One Comment on “The War on Christmas Escalates in 2022: The State Versus Christianity”