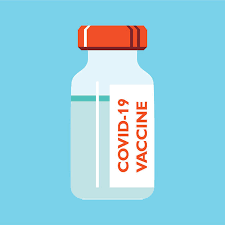 More than 27 million doses of the vaccination have been created. But only 33.7% of the doses have been given out.

Some vaccinations have been in the freezer too long and have been destroyed.

What is the problem?

It’s the bureaucracy, an example of governmental control and Socialism at work.

We often refer to this as the Deep State, meaning government employees with their own political agendas. They control. They fail.

Here are three things that have happened:

1. The politicians – especially Governors and Mayors – have gotten in the way.

The politicians have given the hospitals and distribution centers the vaccination with conflicting directions, plus they imposed restrictions that are almost impossible to follow.

This has harmed the distribution and created a backlog. They thought they were doing right…but their politics, regulations and misjudgments were destructive.

The health industry bureaucrats have been advocates of control and regulations that again have hindered the distribution of the drugs.

These “medical experts” have been given power and ineffectiveness…and they don’t understand the real world. They may know medical issues, they don’t know distribution.

Hospitals under Obamacare have become basically government bureaucracies. The entire structure is meant to be in compliance with government directions to maximize revenue and avoid punishment.

The hospitals are not free market.

They are not responsive to consumers – and patients.

They are responsive to politicians and health bureaucrats.

This is why socialism always fails.

They have been given the vaccine…

But they do not know how to distribute to the people.

These three destructive groups have slowed the distribution, destroyed vaccines, and wasted time for people.

These vaccinations could have been distributed by now…but they weren’t.

They sat. The hospital ever should have been given the vaccines, except for their own use.

If they had been given into the free market distribution system that already exists with independent doctors, pharmacies, and entrepreneurs the distribution would have been done.

For example, CVS gives out flu shots, shingles vaccinations, and so much more.

This does not exist with government control and bureaucracies.

It’s a perfect example of how President Trump basically suspended the FDA bureaucratic rules. Outside of bureaucracy, the vaccinations were fast tracked without the 2-3 billion dollars of regulatory review and the 2-3 years of time that time that it takes for most drugs to be approved.

It was fast-tracked in a historic way, that no one thought was possible who was in the government.

But Trump knew as a business owner that it could be done.

All business people knew that it was possible in the private sector. It’s free enterprise, not socialism.

Quickly the vaccines were ready for mass production. But the distribution through bureaucracy was defeated and destroyed. It was doomed to failure.

Deregulation and the mindset can get it done.