Financial dependence is a vicious trap.

It kills the spirit.

It kills cultures and societies.

Right now, there are three things Americans are most dependent on. Here is a breakdown of each:

#1: Dependence on the government.

These people live off others, and the government is happy to oblige because it increases their power and control. After all, the money comes from those who work hard and produce, only to be taken by the government in the form of taxation and redistributed to those in political favor.

Most are healthy and can work, but why should they work when they can get everything they want without effort or struggle?

Welfare spending accounts for 6.3% of GDP, and it’s growing.

There are over 60 million people in the United States on welfare — That’s approximately 20% of the U.S. population.

And although the amount of welfare received varies from state to state, most states pay more than an $8-per-hour, 40-hours-per-week job. Some states pay even more than that— an equivalent to a $29.13 dollar-an-hour job. 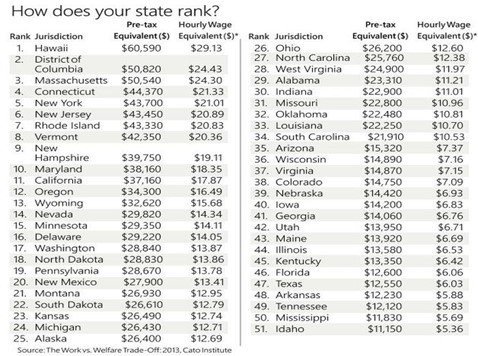 This is killing incentive… Why work if you can get what you need from the government?

It’s also unsustainable… Eventually, you run out of other people’s money.

Debt can be a crushing force that has led many people to commit suicide and even lose everything they own.

Right now people are spending money they don’t have because of inflation, the growing recession, personal overspending, using credit instead, and paying off the minimum payments every month… as the balance on the debt rises and the interest also rises.

They’re not cutting back on spending… They’re putting everything on the credit card.

But eventually, the piper must be paid.

Americans have over $887 billion in credit card debt alone – this doesn’t include other debts like student loans, mortgages, etc.

The average unpaid balance on credit cards is $6,569.

54% of credit card accounts carry balances from month to month.

For cards accruing interest, the average APR is 18.43%.

It’s getting harder and harder to pay the bills on time, as debt climbs, inflation rises, and people lose their jobs due to the slowing economy.

What happens when most of these people can’t pay their debt?

Remember the economic crash of 2008? We’re due for another one.

Today, more and more young adults are living off the wealth generated by their parents.

They live in homes that their parents bought.

But eventually, the money will run out and the “kids” will not be able to afford to live in their parents’ homes.

They won’t be able to pay the property taxes or the mortgage… They’re living on borrowed time.

Here are some of the latest statistics:

This has a big impact on the housing market.

When too many homes go into foreclosure, there will be another housing crash, which will lead to another overall economic crash.

2 Comments on “Vicious Cycle of Dependence — How 3 Megatrends Point to a Collapse [Shocking Chart… Where Does Your State Rank?]”