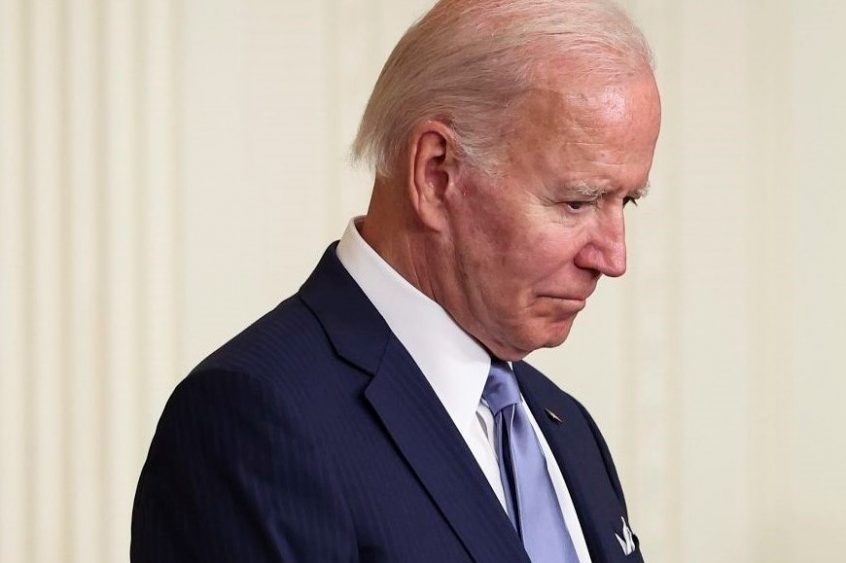 In the last 1.5 years, economic devastation has hit Americans.

It has hit everyone.

#1: Skyrocketing inflation – for how long?

Prices for everything have been shooting sky-high.

Whether you go to the gas station.

Whether you buy something at the store.

Whether you’re a business owner trying to run a company.

The official inflation rate is 9.1% – The private economists say it’s closer to 14%.

The president and congress are doing nothing to stop it while trillions of government overspending continues.

The dollar loses value every day.

The out-of-control price hikes are due to government overspending.

The trillions of dollars being spent by the federal government with radical green deal programs and infrastructure programs are a major factor… And there is no end in sight.

At this point, inflation will be here for 2-3 years.

There’s only 2 ways to stop inflation.

The first one being the federal government stopping the overspending… and that’s not going to happen until there’s a change in congress.

The second one being the Federal Reserve raising interest rates and that’s happening, but too little too late. We are likely to see more rate hikes for the next year or two.

For the second quarter in a row, the economy is down.

Businesses are laying off or slowing in hiring.

Businesses have trimmed their inventories. Investors are drying up.

The housing market has buckled with the rising interest rates.

The Gross Domestic Product (GDP) is a broad measure of major goods and services. It has been used for the last 10 recessions dating back to 1948 when you have 2 quarterly decreases – it’s a recession.

#3 – Denial and fantasy politics. Biden says the economy is great. That we all are really better.

The media and the politicians are all trying to rationalize that this is not a recession, even though statistics prove it.

Having lived through 5 recessions and running 2 business, this is a recession.

The reason the Federal Reserve increased interest rates by 75 basis points was because inflation is out of control and it’s the only way to solve it.

But it will worsen the economy.

Inflation can be thought of too many dollars chasing fewer goods and services. It drives up prices and kills economies. And it causes government overspending– printing money out of thin air.

You can call this Bidenflation if you want… but it’s really stagflation.

When you have a recession and high inflation… it’s stagflation similar to the 1970s.

That means all your spending… whether you’re earning income or on a retirement plan… you have to calculate this new economic reality.

The only way to turn this around – change congress. In the meantime, everyone suffers.

3 Comments on “The Twin Evils: Recession and Inflation… Welcome to the Devastating Impact of Stagflation – 4 Things You Should Know”