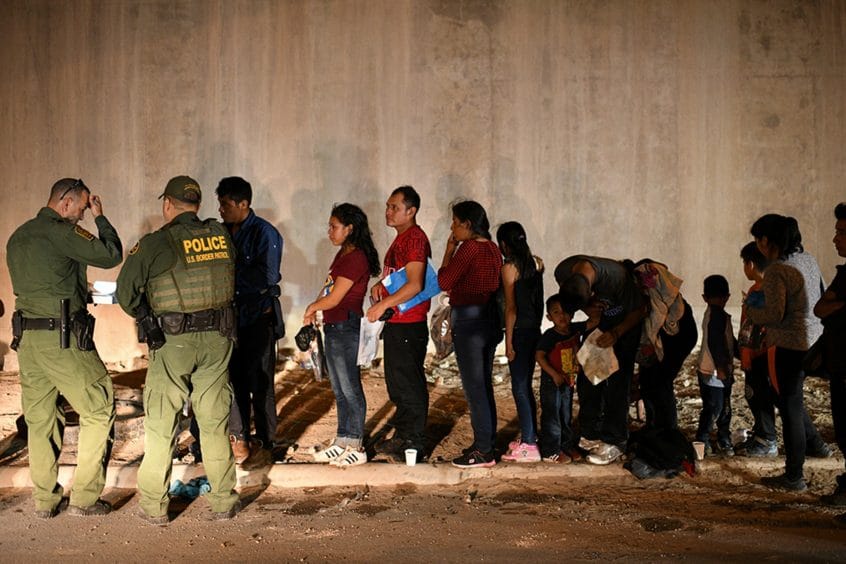 Approximately 1.2 million to 1.8 million illegal immigrants are crossing the Mexican border to live in the United States this year.

80% to 90% of them are from South Central and Central America. The rest are from Asia, Africa, Europe and the Middle East.

President Biden and his politicalized bureaucracy have created not what some have termed a “crisis” at the border, but a historic, political opportunity in a “three-step plan.”

It’s a plan to transform politics and our culture.

Step #1: Allow as many people into the United States as possible, immediately.

The President has made it easy and is inviting people to illegally enter the U.S.

By dismantling President Trump’s policies on having immigrants stay in Mexico pending their request to enter the United States.

By dismantling Trump’s youth policy – those who are under 21 – to be able to come into the United States freely.

By dismantling Trump’s efforts of creating a border wall, they have created massive opportunities for invasion of the US borders.

It doesn’t matter if they have COVID.

It doesn’t matter if they have skills or work options.

It doesn’t matter if they have relatives here or not.

It doesn’t matter if they are criminals, gang members or from the cartel.

It doesn’t matter if they are terrorists – last week two men on the terrorist watch list from Yemen have been captured – probably the tip of the iceberg.

Step #2: Allow immigrants to have a nice hotel room until they are able to get their own shelter. Give them free transport to a location of their choice anywhere in the United States.

As a taxpayer, you are footing a big bill. With your tax money the government is teaching the millions of illegal immigrants how to:

It doesn’t work when taxpayers must pay all the expenses.

This will cost taxpayers billions of dollars to give a free ticket to the millions of newcomers – at taxpayers expense.

And what happens when everything is given? You create dependency upon the government caring for you.

If you want to voluntarily donate your own money to help those coming in, that’s charity. I love it.

If you want me or others to pay for it against our will – forcing us to pay taxes – that’s theft.

Step #3: The ultimate goal of the “3 Step Plan” is to allow the new illegal immigrants to vote in the next election. How?

The new immigrant is creating a major new voting block for the Biden agenda in the next election – helping the pro-Socialist Democrats.

Once the new immigrant is shown how to register for Social Security, Medicare, Obamacare, food stamps, housing,  and to get a driver’s license at the Department of Motor Vehicles, they will be able to vote.

For example, once signed up for the DMV, they are automatically registered to vote – unless they purposely say “No, I’m not eligible to vote.”

Now you have a new voting block of over a million people dependent upon government and uneducated in American history.

They are unfamiliar with free market economics and the working of the free enterprise system versus socialism. Most are fleeing socialism, but not realizing it.

The “three step plan” is enabled by community groups, nonprofit groups and community organizers to make sure that they vote right – for more dependency.

Incidentally, in some states such as California, if an illegal immigrant votes, they are protected by state law from being punished.

The Biden/Democrat H.R. 1/S. 1 in the U.S. Senate federalizes elections – and has the same no punishment provision.

If the flood of new immigrants continues, they become a powerful means for Biden and his political allies to be able to accelerate the transformation of our culture and politics based upon a pro-socialist, anti-religious worldview.

What do you think about the Biden agenda for immigration? Email me at craig@electionforum.org.

2 Comments on “The “Three Step Plan” on Immigration: What Every American Must Know”