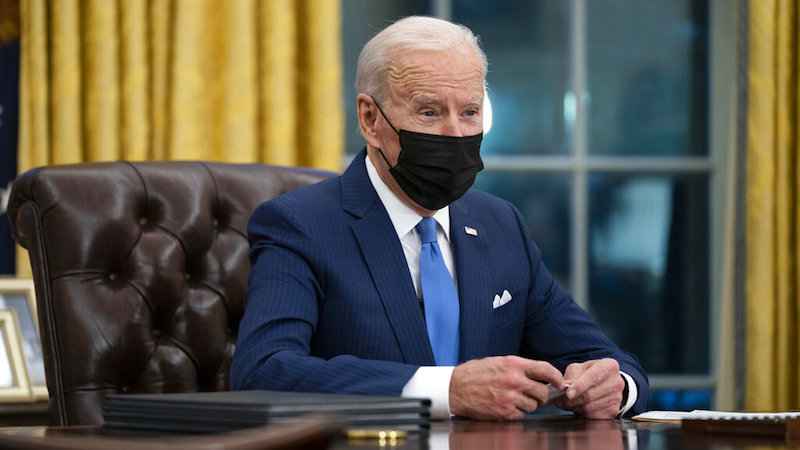 Over the years, there have been periods of time in which government has expanded greatly.

This has resulted in higher taxes, regulations that crush business, inflation – the most immoral tax ever – from overspending, and the creation of more government employees and bureaucrats that have no accountability.

But these programs are really designed to destroy the free market, take away your freedom, and create a socialist society.

Let me explain four reasons how this happens:

1. The 3.5 trillion dollars that President Biden is trying to push through is a good example of the enlargement of the entitlement state.

Within the $3.5 trillion is money for pet projects to expand government and to make the middle class dependent on government handouts.

At the beginning of the republic, the federal government made Native American Indians dependent, not self-sufficient.

Indians were wrongly forced onto reservations. They basically got government handouts that took away initiative and any type of independence.

Those in the lower income brackets have found this to be the case. Welfare, food stamps, and other transfer payments have created a dependent class that is more content to be trapped in poverty without experiencing the American dream of getting out of it.

And so with this program, free childcare, free college, free paid leave, and much more is designed to ensnare the middle class.

If I’m getting free college, that’s never going to go away.

If I’m getting federally paid leave, that’s never going to go away.

If I’m getting free childcare, that’s never going to go away.

They may be wasteful programs.

They may be destructive programs.

They may be unnecessary programs.

But they create dependency, and this expands the size and the power of the government.

2. Looking at American history, you can see the expansion of the entitlement state and how it creates dependency…and how dependency expands the bureaucracy and statism.

On the heels of the great stock market crash, President Franklin Delano Roosevelt created the “New Deal” which enormously expanded the power and size of the federal government over the lives of the individual and businesses.

In the 1960’s, President Lyndon Baines Johnson had another huge push of expansion of government with his development of the “Great Society.” Then President Obama expanded the size and the scope of the federal government as never before.

These massive expansions of the power of the federal government over the lives of the individual diminished states’ rights, created dislocations within the economy, stunted economic growth, and reduced individual freedom.

President Obama admits that the best way to start a new government program is by calling it a temporary program.

The game plan is to create the entitlement state to eliminate our individual freedoms, destroy free enterprise, and to create a collectivist, pro-socialist society.

4. Programs – once instituted – will never disappear.

President Obama was able to get through Congress – thanks to Senator John McCain – Obamacare, which transformed our medical care forever.

Obamacare was the beginning of socialized medicine in America.

It has transformed medicine, eliminating much innovation, consolidating doctors into more government bureaucrats, and centralized medicine in the hands of large corporations…that are political donors to the Democrats.

Then tell me what you think. Let me know at craig@electionforum.org.

2 Comments on “The Entitlement State: Trillions Not Just for Government Programs, but for Expanding the Bureaucracy and Statism – 4 Disturbing Reasons You Should Know”