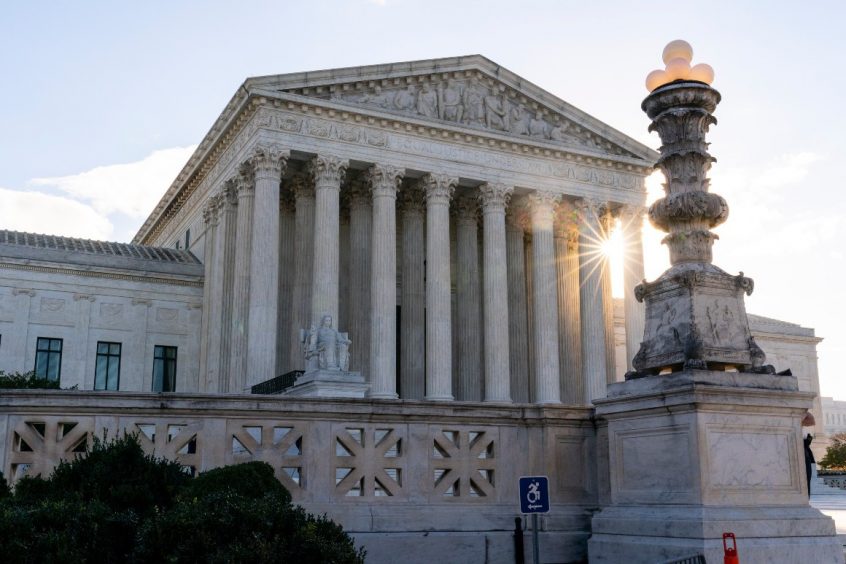 The Supreme Court has just ruled in favor of religious liberty.

Churches, based on the U.S. Constitution, cannot be closed during a lockdown.

It’s not a complete victory.

But it’s close. Let me explain.

The Supreme Court in a 5-4 split ruling said that New York – a church lockdown state – could not enforce limits on attendance at churches and synagogues.

The religious freedom case was won by one vote – Amy Coney Barrett – with Chief Justice Roberts siding with the courts’ judicial activities.

This is a big victory for churches, Christians, people of all faiths….and defenders of the U.S. Constitution.

2. The U.S. Supreme court then ordered a lower court anti-church, anti-Constitution decision from the judicial activists of the Ninth U.S. Circuit of Appeals to reconsider its decision.

A lower court found Harvest Rock Church and 160 churches in California in violation of the restrictions because it was conducting indoor church services.

The U.S. Supreme Court threw out that ruling and said it must reconsider the case in light of the New York ruling.

In other words, let the churches open up based on the Supreme Court’s religious liberty decision.

3. Bottom line: the Supreme Court sided with the California church, the U.S. Constitution and religious liberty.

Now the Ninth Circuit must make a final decision for the church to be open.

Pastor Ché Ahn is a hero.

He stood firm for the gospel.

He stood firm for the protection of religious freedom guaranteed by the U.S. Constitution.

He stood firm against the enormous attacks against him and his church.

If only more would do so.

The government has threatened criminal charges against the pastor, the staff and fellowship up to 1 year in prison.

The government has imposed daily fines up $1,000.

The government has said it would close the church forever.

And of course, government employees – not the church –are “essential”.

Here’s what Gorsuch said about the New York case.

“Government is not free to disregard the First Amendment in times of crisis. At a minimum, that Amendment prohibits government officials from treating religious exercises worse than comparable secular activities, unless they are pursuing a compelling interest and using the least restrictive means available…Yet recently, during the COVID pandemic, certain States seem to have ignored these long-settled principles.

Governor Andrew Cuomo of New York limited religious congregation indoor services to 10 or 25 people at a time. “At the same time,” Gorsuch wrote. “The Governor has chosen to impose no capacity restrictions on certain businesses he considers ‘essential’. And it turns out the businesses the Governor considers essential include hardware stores, acupuncturists, and liquor stores. Bicycle repair shops, certain signage companies, accountants, lawyers, and insurance agents are all essential too.

So, at least according to the governor, it may be unsafe to go to church, but it is always fine to pick up another bottle of wine, shop for a new bike, or spend the afternoon exploring your distal points and meridians. Who knew public health would so perfectly align with secular convenience?

People may gather inside for extended period in bus stations and airports, in laundromats and banks, in hardware stores and liquor shops.

No apparent reasons exist why people may not gather, subject to identical restrictions, in churches or synagogues, especially when religious institutions have made plain that they stand ready, able, and willing to follow all the safety precautions required of “essential” businesses and perhaps more besides. The only explanation for treating religious places differently seems to be a judgement that what happens there just isn’t as “essential” as what happens in secular spaces.

Indeed, the governor is remarkably frank about this: In his judgment, laundry and liquor, travel and tools, are all “essential” while traditional religious exercises are not. That is exactly the kind of discrimination the First Amendment forbids.”

6. Even law enforcement is beginning not to enforce the lockdowns.

The sheriff at Sacramento, California and Riverside, California refuse to enforce the lockdowns.

Take Riverside County Sheriff Chad Bianco (who also endorsed me in his election.)

“His department won’t be blackmailed, bullied, or used as muscle” against residents during the pandemic, after they were told “there was a potential he would be withholding federal and state funding from counties who did not enforce the orders.

“These closures and stay-at-home orders are flat-out ridiculous. The metrics used for closure are unbelievably faulty and are not representative of true numbers and are disastrous for Riverside County.”

You must see his powerful video. Watch it here.

The number of cases means nothing. The ICUs are not overwhelmed. The death rate is less than the national average of 1.9% –  mostly people over 80 with health problems or in nursing homes.

The media and politicians say the hospitals are out of room. Not true.

Doctors and nurses say they are not overwhelmed. At UC Davis, 5% of patients are treated for COVID. The scare tactic is using “new cases” but not real illnesses. The only numbers that matter are ICU beds and deaths.

That’s why most states aren’t locking down, keeping children out of school and killing jobs and businesses.

COVID is not equally dangerous to everyone. It’s those who are extremely sick and the elderly.

The Sheriff’s powerful message of truth and resistance. Click HERE.

This video explains why the lockdowns don’t work. Click HERE.

3 Comments on “U.S. Supreme Court Victory: 7 Things Every Christian Should Know About Opening Up the Churches”