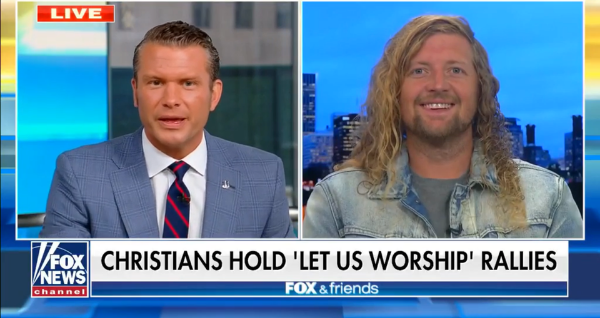 Politicians and bureaucrats are trying to stop churches, ministries, and even home Bible Studies.

But Christians throughout the United States are taking the initiative to minister to a hurt and dying culture.

I recently wrote about Shawn and how his worship, revival, studies, and baptisms have thousands attending throughout California in defiance of the government’s unconstitutional orders.

Hundreds of people have accepted Christ as their personal Savior, hundreds have been baptized, hundreds have rededicated their lives to Jesus Christ.

In Huntington Beach, another group in defiance of the shut down mandate, had thousands of people on the beach for Bible study, worship, Salvation message and baptism. Even threatening helicopters and a squad of intimidating police could not quash the gospel gathering.

Shawn has gone into Seattle and Oregon. Watch this powerful video where Shawn, in the very area where the radicals took over and lawlessness broke out, giving the gospel.

Despite the politicians and bureaucrats telling him not to minister, despite the radicals marching and intimidating, and despite even Satanic groups shouting Satanic slogans to interrupt…it did not stop the gospel.

Be encouraged…Churches are opening, ministries are starting up again, and God’s leading people to revivals nationwide. Now is the time for God’s people to pray for repentance.

Now is the time for God’s people to pray for revival. Watch video here.

Let me know what you think. E-mail me at Craig@ElectionForum.org.

4 Comments on “Sparks Fly: Across America Spontaneous Revivals-Despite Governments Trying to Shut Them Down”