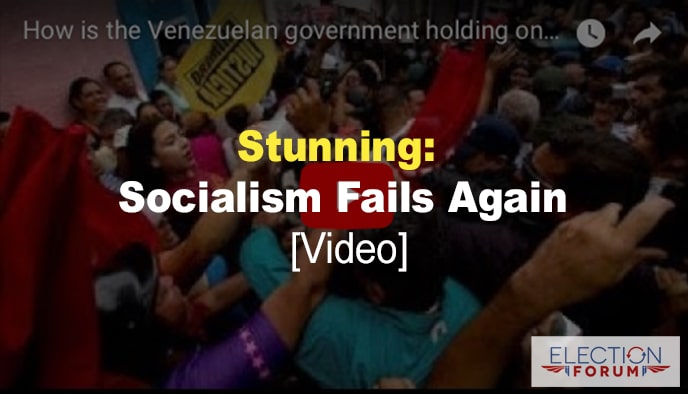 Venezuela’s failed attempt at socialism is ready to bring down the country in economic collapse.

It has faced years of recession. The economy shrinks and the price of goods skyrocket.

This year, inflation is expected to rise 475%!

Its government infrastructure mirrors a Cuban-style socialism that oppresses its people.

Under these conditions, why hasn’t the Venezuelan government totally collapsed?

The country’s socialist President Maduro is propped up by an intelligence network created by Cuba that:

This is typical of socialism … a central government desperate to control its people.

Venezuela is running out of time, money and options. It can’t pay its bills.

I am convinced when the good people of Venezuela have had enough, they will revolt and leave the failed experiment called socialism far behind.

Watch this powerful 2-minute video on how the Venezuelan government holds on to power.