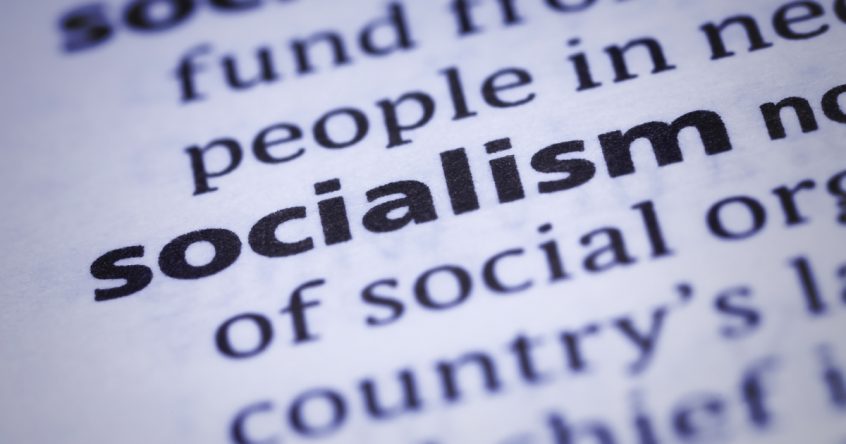 Socialism is rapidly growing in popularity in the U.S. – especially among Millennials and Generation Z Americans.

It’s largely due to:

A Harris Poll from March 2019 found that nearly half of Millennials and Generation Z Americans said they would prefer to live in a socialist country.

A Gallup poll from May of last year found that 43% of all Americans believed socialism would be a “good thing” for the country, well above the 25% reported back in 1942.

And 70% of millennial respondents said they were either somewhat or extremely likely to vote for a socialist presidential candidate, with 51% of the same generation having a negative view of capitalism.

The dictionary definition of socialism is that it’s a political theory calling for governmental ownership and administration of the means of production and distribution of goods.

What this means is that the government decides what products will be available and how much they will cost.

In a pure socialistic society, there is no private property. Everything is owned “collectively” – which means by the state.

In theory, the goal of socialism is to guarantee equal outcomes for all. No person should have an economic advantage over any other person.

The heart of socialism is coercion – forcing people to behave a certain way and to obey the decrees of the elite government leaders.

It’s about a ruling elite demanding submission to the “state” or government.

Winston Churchill said, “Socialism is the philosophy of failure, the creed of ignorance, and the gospel of envy.”

In summary, socialism is:

History is filled with the worst human rights abuses and mass murder of political and religious opponents by the ruling elite – in the Union of Soviet Socialist Republic (USSR), National Socialist Party (Nazis), Fascism and Communism in Cuba, Venezuela, North Korea, China, and more.

Former World Chess Champion Garry Kasparov grew up under the Soviet system. In a Facebook post a couple of years ago, he said regarding socialism:

“In practice, it corrodes not only the economy but the human spirit itself, and the ambition and achievement that made modern capitalism possible and brought billions of people out of poverty… Income inequality is a huge problem, absolutely. But the idea that the solution is more government, more regulation, more debt and less risk is dangerously absurd.”

“Talking about socialism in America is a luxury paid for by the successes of capitalism… it became even clearer with the collapse of the USSR that the historical record leaves no doubt: Free markets and free people create prosperity while government control of resources and citizens creates poverty.”[ii]

Freedom is an essential element of the success of any society.

Margaret Thatcher, former British Prime Minister and close friend and ally of President Ronald Reagan, famously said, “The problem with socialism is that you eventually run out of other peoples’ money.”

If you aren’t familiar with the failures of socialism, you need to become familiar.

If your kids or grandkids are not able to expose the problems of socialism or advocate for freedom and capitalism, they need to become able.

The schools, social media, and many podcasts are largely socialist propaganda mills.

Keep in mind that it’s easy to talk positively about socialism – and lament the evils of capitalism – in places like the U.S., where the basic necessities of life are within easy reach for most people.

Ex-Soviet citizen Garry Kasparov says, “If you want to tell me about the glories of socialism, go say it from a food line in Venezuela, not from Hollywood…”

One way to learn how to expose the lies of socialism is to get my book, The Deep State: 15 Surprising Dangers You Should Know. The last two chapters are on socialism.

Click HERE to watch this 5-minute video on the differences between socialism and capitalism.