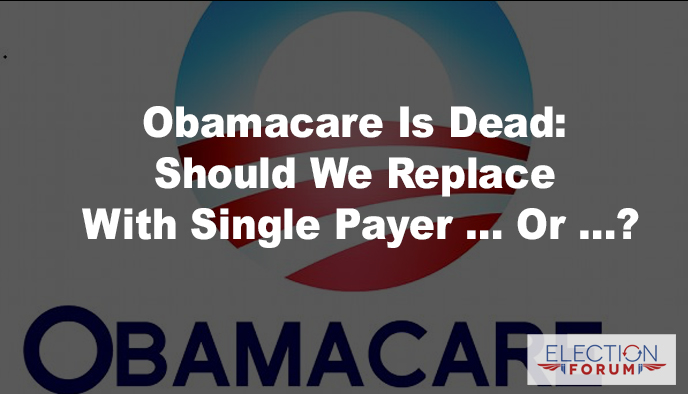 Across America, people are losing their insurance as insurers drop out of Obamacare.

Choice and quality are disappearing almost daily as some counties in the U.S. only have one carrier.

Is it an option? Let’s look at California, where there is a statewide effort to take Obamacare (Covered California) into a single-payer system.

The enormous price tag for the Democrats’ plan to provide “health care for all” would cost California $400 billion a year to create a state-funded universal, government-run healthcare system.

Residents can expect to pay a huge increase in taxes, as much as 50 percent or more – to the state to cover healthcare costs.

It would be cheaper for individuals to buy from private insurers who have to compete for their business.

Once again, politicians are trying to impose a mandate to force everyone in the state, whether they are here legally or illegally, into the government system.

Single-payer, state-run healthcare will have no competition and no accountability.

It is ripe for abuse, and the likely outcome is:

A single-payer system means the government is in total control of your healthcare. Private insurance companies would be eliminated, replaced by socialist-style healthcare that has failed in other countries and states.

Vermont’s attempt at a single-payer system collapsed in 2014 because costs were too high.

As the government discovers it cannot fund it properly, your healthcare will be rationed.

Single-payer will deliver the abysmal healthcare that America’s veterans are subjected to from government-run VA system.

Do you really want the state running your healthcare?

6 Comments on “Obamacare Is Dead: Should We Replace With Single Payer … Or …?”