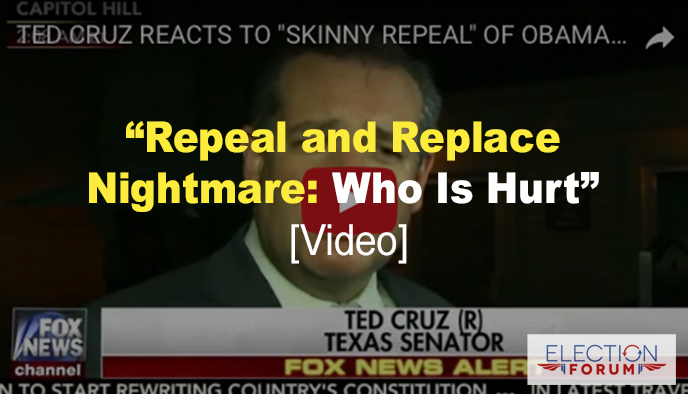 The real losers in the failure of the Senate to repeal and replace Obamacare are millions of Americans being hurt by that healthcare law, including those who:

“It’s the working men and women of America that were left behind,” said Sen. Ted Cruz. “There’s a great many Americans who feel a sense of betrayal that politicians stood up and made a promise to repeal Obamacare, then you vote for Obamacare, that’s not consistent.”

“Democrats will crow total victory for a collapsing and failing law that is Obamacare, and the media will write story after story about how Obamacare will remain even though it is failing and hurting millions of Americans.”

Watch his fiery talk to the press in this 6-minute video:

5 Comments on “Repeal and Replace Nightmare: Who Is Hurt [Video]”