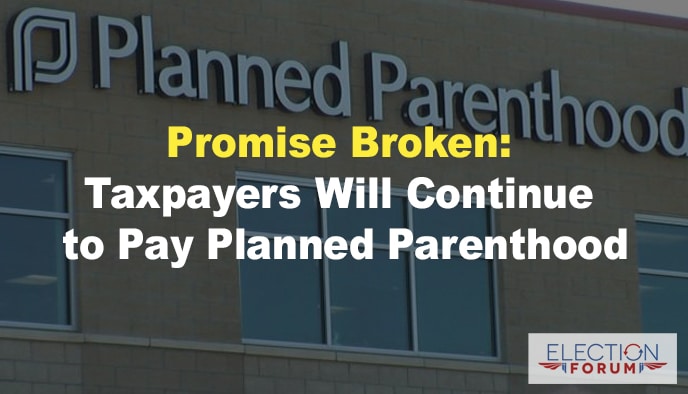 In a humiliating defeat for millions of pre-born infants who will never see the light of day, 2 Republicans joined 46 Democrats to stop Rand Paul’s efforts to defund Planned Parenthood … by a vote of 48-45 in the U.S. Senate.

The 2 Republicans were Sen. Susan Collins (ME) and Sen. Lisa Murkowski (AK).

Apparently concluding that their votes wouldn’t matter in the final outcome, 7 senators did not vote: 4 Republicans and 3 Democrats.

Sen. Paul criticized Republican Senate leadership for failing to follow through on one of their Party’s biggest campaign promises of the 2016 election…

Paul went on to say that Planned Parenthood receives over $400 million of taxpayer money each year.

“The government, with a wink and a nod, tells us that Planned Parenthood doesn’t spend the money on abortion, but everybody knows that the taxpayer is really cross-subsidizing Planned Parenthood’s abortion mills.”

To put a stop to taxpayers paying Planned Parenthood to murder babies in their mothers’ wombs, voters must elect Republican senators and representatives in November who are committed to voting pro-life in Congress.