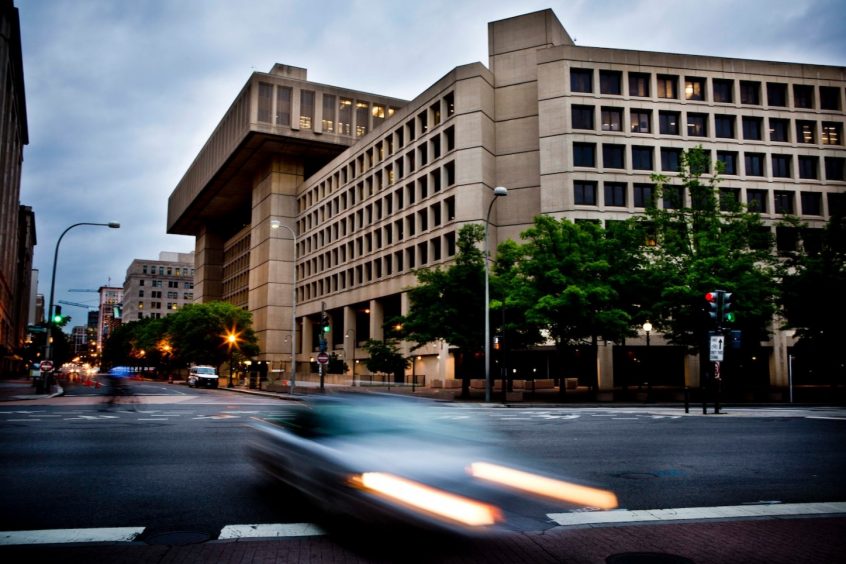 The socialist-Democrat-dominated federal government, the mainstream media talking heads and the Big Tech CEOs, all want you to think that an attempted insurrection took place at the U.S. Capitol on January 6, 2021.

They’ve hammered this term and this scenario into the public consciousness for over a year.

It’s utter nonsense for the House Select January 6 Committee to propose such a scenario or for the public to believe it.

And yet this is the new divisive United States of America with new tactics of power politics and coercion:

We may never know all the facts about what took place at the Capitol on January 6th. As we reported previously in The Collapse of the Rule of Law in the U.S.: Ending Free Speech and the Equal Protection of the Law, over 14,000 hours of surveillance video is being withheld from the public, as well as information on the number of FBI agents and government assets who were in the crowd that day, urging or leading the crowd to breach the Capitol and enter the building.

Those who entered the Capitol with the intent to disrupt the counting of electoral votes deserve to be denounced by their fellow citizens and fully prosecuted of the law.

No other issue facing our country has resulted in prime-time hearings in Congress by the Democrats. And there are many that should command investigatory hearings:

A congressional hearing is supposed to be conducted for the purpose of uncovering the truth. It’s supposed to guarantee that both sides can choose their own committee members and call their own witnesses so that all sides of an event or issue can be heard, and so that all conflicting evidence and testimony can be cross-examined and debated.

But this due process hasn’t been allowed in this hearing. By selecting all the members of the committee herself, Speaker of the House Nancy Pelosi has abandoned fairness in order to guarantee that only one narrative regarding January 6th can be heard.

Some of the committee members accused Trump of “stealing” the election from Hillary Clinton by colluding with Russia. They were involved in challenging electoral votes counted after the 2016 election.

And now these same politicians are harassing and intimidating anyone who is questioning the results of the 2020 election.

It was a lie… deceitful… at political threats.

Their hypocrisy is telling. The American public should be outraged.

Before sunrise on June 22nd, the FBI raided the home of former Assistant Attorney General Jeffrey Clark, who served during the Trump administration.

They forced Clark out of his home in his pajamas and seized all of his electronic devices.

“I just think we’re living in an era I don’t recognize,” Clark said to Tucker Carlson of Fox News during an interview.

Comparing the pre-dawn raid by the FBI to the East-German secret police under communism, Clark added, “And increasingly I don’t recognize the country anymore with these Stasi-like things happening.”

This should not happen in America.

My old friend, John Eastman, involuntarily and violently was also raided by armed FBI. Without showing a warrant, they stole his cell phone and all of his confidential information.

The hearings have produced no new evidence suggesting any culpability by President Trump for the breach of the Capitol.

In fact, the committee knows, but has deceptively suppressed, the fact that four days prior to January 6th, President Trump offered to send National Guard troops to Washington, D.C. to ensure a lawful and peaceful rally.

The Democrat leadership rejected the offer. And they didn’t even have a full force of Capitol police on duty on January 6th.

Do they really expect us to believe that the same person who meticulously planned the riot offered to authorize the National Guard to prevent the riot?

It all sounds highly suspicious…

Watch this 5-minute video of Tucker Carlson interviewing John Eastman, law professor and former advisor to President Trump regarding his draconian encounter with the FBI.

2 Comments on “Politicized FBI Targeting Political Opponents: How The FBI/Department of Justice are Acting Like a Third World Nation or a Totalitarian Dictatorship — 6 Things Every American Should Know [Video]”