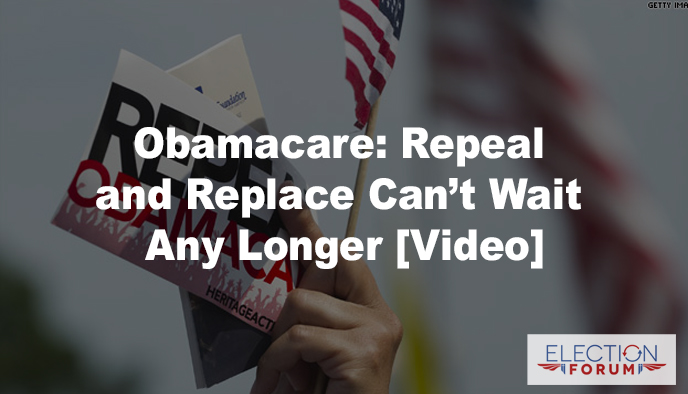 While both the House and Senate battle over changes to their proposed versions of the Affordable Care Act, Obamacare’s exchanges are disintegrating.

Many health companies have opted out of the government-run, bureaucratic bloated healthcare system that has seen premiums skyrocket.

Between 2016 and 2017, insurance company participation in the exchanges fell by nearly a quarter.

As a result, more than one in five exchange customers had only a single insurer to choose from this year.

It will be even worse next year if a new plan isn’t adopted. More insurers are heading for the exits.

Earlier this year, Humana announced it would stop selling coverage on Obamacare’s online marketplaces in 2018.

Health-insurer Aetna followed suit in May, citing expected losses of $200 million this year.

As many customers are asking, what good is even a few providers if you can’t afford any of them?

Here are some price hikes exchange insurers are asking for in 2018:

Rates are already high. To show you how bad this is, a recent report from the Department of Health and Human services found the average 2017 premiums on the HealthCare.gov federal exchange were 105 percent higher that individual market rates in 2013 before Obamacare.

Did you get that? A whopping 105 percent increase.

Despite promises that Obamacare would cut a family’s premium by $2,500 a year, average premiums more than doubled. Some states saw premiums triple in cost.

It was estimated in 2010 that 23 million Americans would be covered through the exchanges in 2017.

By 2016, after subpar annual enrollments, the Congressional Budget Office lowered its estimate this year to 15 million.

While not complete repeals, both are big steps in the right direction.

Both versions allow for children to stay on their parents’ insurance until they are 26.

Coverage for pre-existing conditions is still being hammered out.

Repeal and replace Obamacare for these reasons:

Keep Obamacare if you want:

Since the growing health bureaucracy must be well fed, the answer is to cut services creating less care and longer wait times.

There will be no medical bills to pay after a service, good or bad, only taxes in advance.

Watch this enlightening video of “victims of Obamacare” who met with President Trump. Click here.