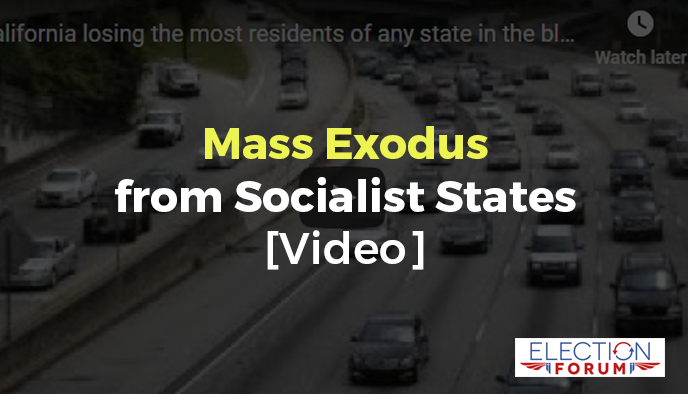 The wealthy are leaving socialist states.

It’s a mass exodus from high-tax, high-regulation, socialistic states to those with low taxes, less regulation … and more freedom.

The largest migrations are exiting from Illinois, New Jersey, New York … and the largest of all – California.

California has lost 13,000 businesses over the past 4 years. That’s not a misprint – Thirteen Thousand! That’s a rate of 3,250 businesses per year – or between 62 and 63 businesses per week – leaving the state of California.

When businesses leave a state, so do families…

About 500,000 people have moved out of California over the past 8 years … yet the population of the state has remained about the same.

The populations of Illinois, New Jersey and New York, on the other hand, have been declining…

Where do those who leave the socialist states go?

They go to places like Texas, Florida, Idaho, Utah … and other states with lower taxes, fewer regulations and more freedom.