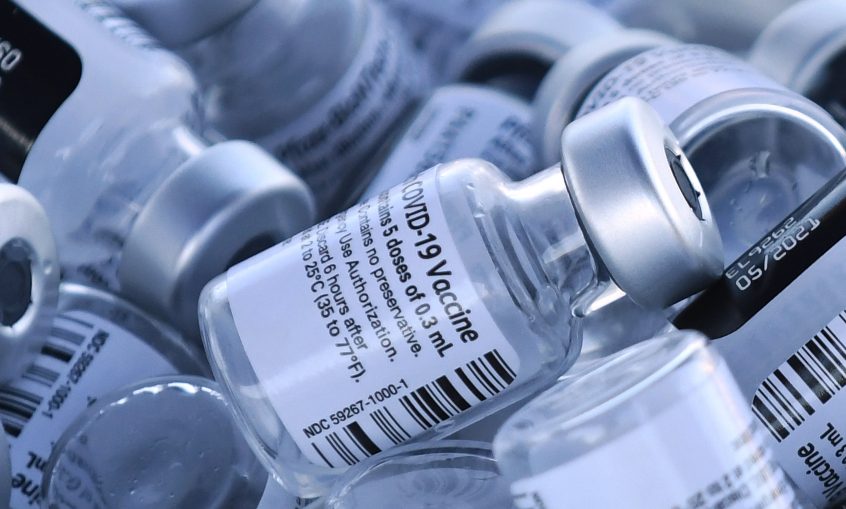 Across American in the oppressive states, people are being forced to get a vaccination even if they don’t want to by the state governments.

Even in the free states, federal government bureaucrats and pro-socialist companies are also requiring it.

1. If you don’t want the shot, you have legal options.

First, watch my 46-minute podcast with Brad Dacus of the Pacific Justice Institute to see your options for opting out. Click HERE to view.

Second, go to their website for free information on opting out (www.pji.org).

Third, their lawyers for free will help anyone – and they win and so does the employee.

2. Many believe no one should be forced to get the vaccine because they believe the evidence is showing it’s not safe and it’s not effective.

It’s an individual choice in a free society.

It’s a government-mandated decision in a socialist or fascist country.

With over 14,000 deaths and over 600,000 adverse reactions to a new experiential drug we don’t know the long-term effects and it is too risky for many.

Others have had covid and it’s useless and potentially harmful if they get the shot.

It makes no sense.

Others philosophy or religious beliefs in avoiding drugs and Big Pharma – they prefer natural health treatments.

3. I’m getting e-mails of people in tears, fear and terrible anxiety.

If you or you know someone being discriminated against, coerced or fired, call Pacific Justice Institute now.

Don’t give up hope.

4. The vaccine passports are leading to discrimination and marginalizing people.

This is similar to what happened in Nazi Germany. The Nazis said to Jews they were carriers of disease.

They were banned from work, military and school.

They were forced into ghettos.

This mentality must stop.

How about your state?

It’s time to stand for freedom and against tyranny.