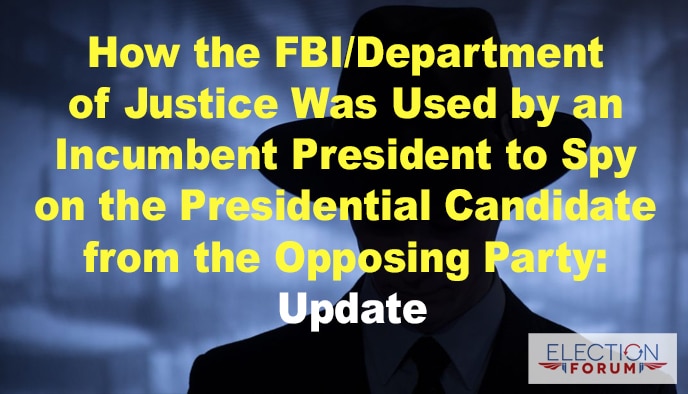 Thousands of subscribers called the White House to tell the President to release the memo detailing FBI/Department of Justice abuse and corruption.

As one reader said:

“Dear Craig,
Thanks to your efforts, ACLJ and Judicial Watch the Memo finally was released.
Again thank you very much for what you have done for the American people. You…are very brave!”

We detailed 11 things you should know about the violations of trust and the threats to freedom that have secretly occurred.

One Comment on “How the FBI/Department of Justice Was Used by An Incumbent President to Spy on the Presidential Candidate from the Opposing Party: Update”