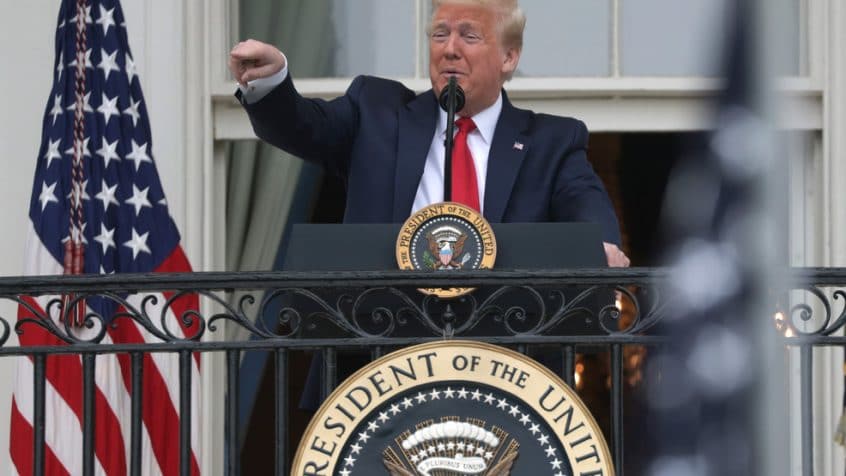 Friday, May 22, 2020. President Trump today made a special declaration.

Before the world, he spoke at a press conference with one powerful, clear message:

Churches have been discriminated against...open now!

He has made an official declaration that churches are essential.

He said, “churches should be opened now.”

In other words, your church can now – based on the President of the United States’ declaration – meet for prayer, for Bible studies, for Sunday morning services, for mid-week services, for special meetings…you can now meet.

Obviously, the media is claiming it’s a wrong decision that will spike the Coronavirus death rate… is contrary to the medical experts… and is anti-science.

Bureaucrats whom are trying to control religious services are angry and declaring the president wrong because he isn’t listening to their dictates for control and power.

And the governors and mayors who have tried to suppress and delay church openings unnecessarily, have just now been told they can no longer do so.

In fact, the President said that he would be happy to talk to any of the politicians in order to explain his decision, but he is not going to change it.

Frankly, this should have been done weeks ago. It should never have happened that Christian First Amendment rights were trampled.

It should never have happened that Planned Parenthood, Costco, Liquor Stores were officially declared open, but churches were not.

Watch the President’s declaration. It’s just a few minutes, but its powerful, clear and changes everything–even in those states where hostility towards Christianity has delayed church openings.

I recently mentioned that my wife and I were in Tennessee and went to church there. It was awesome to be in a fellowship where people were worshipping together.

Your church should be meeting this Sunday.

Your church should be getting together. There is no excuse for further delay.

“Not forsaking the assembling of ourselves together, as is the manner of some, but exhorting one another, and so much the more as you see the Day approaching.” —Hebrews 10:25

“For a day in Your courts is better than a thousand outside. I would rather stand at the threshold of the house of my God than dwell in the tents of wickedness.”—Psalms 84:10

Finally, to those pastors who obeyed God and not man, I honor you.

For pastors like Jack Hibbs, Calvary Chapel Chino Hills and Pastor Ken Graves, Calvary Chapel Bangor Maine. And hundreds of others that have done what is right, despite harassment threats of jail, fines, and intimidation. They stood for what was right and good.