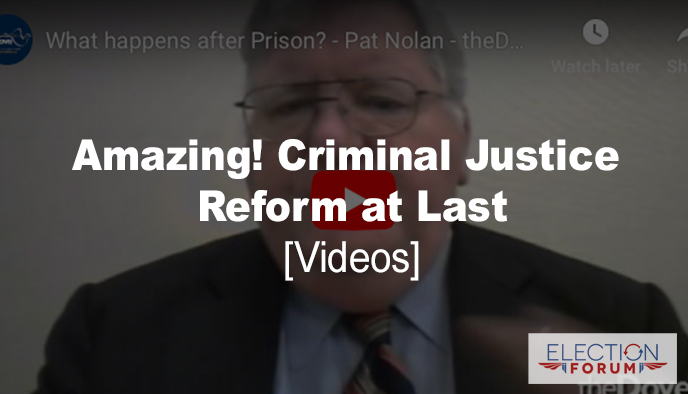 Criminal justice reform has begun … and a much-needed, more fair system is becoming a reality.

It’s especially significant to the Black community, which has been hurt by an unfair system which has turned against black families and destroyed the futures of blacks who have criminal records.

And it’s a major accomplishment for the Trump administration, considering that:

The last provision above will result in reduced sentences for about 3,000 crack cocaine offenders currently in federal prisons.

In last year’s state of the union address, President Trump announced his administration would work on “reforming our prisons to help former inmates who have served their time get a second chance.”

President Trump endorsed the legislation after the midterm elections last November. The compromise bill was supported by a wide coalition of conservative, libertarian, evangelical, liberal and criminal justice groups.

The bipartisan effort to pass this historic legislation has been mostly ignored by the progressive media – which can’t stand to see President Trump score a major legislative victory.

Watch this video of CNN’s socialist commentator Van Jones praising President Trump for bringing together a coalition of Republicans and Democrats in the Senate to pass the FIRST STEP Act by an overwhelming margin of 87-12 (2 minutes).