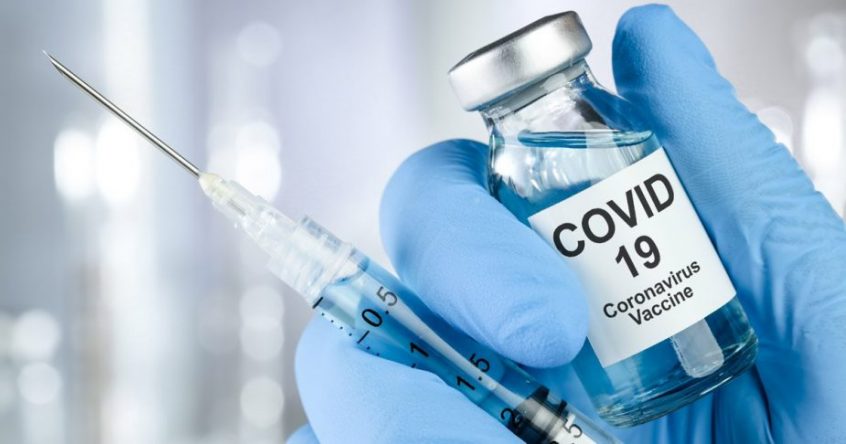 And it slammed the Biden Administration for trying to use the federal government bureaucracy to violate people’s personal choice.

Millions of people have been concerned that they’re going to be forced to get a  vaccination.

This meant not only forcing people to do something against what they want by the bureaucracy but also millions losing their jobs, careers, even retirement.

This impacts over 84 million American employees nationwide – over half of the U.S. workforce.

The courts have said Biden using OSHA clearly was unconstitutional.

OSHA – the federal bureaucracy – was manding companies with 100 or more employees to require every employee regardless of:

to be forced to have a vaccination.

This is more like what you’d expect in China or Cuba, not the United States.

And now OSHA has backed down.

Let me tell you seven things you should know:

#1. When President Biden decided to use the Occupational Safety and Health Administration (OSHA) to force all private businesses with 100 or more employees to get a vaccination – the court determined this was an overreach of government and unconstitutional.

The judges were shocked. They slammed the President’s decision.

OSHA has agreed that it is going to suspend implementation of the COVID-19 vaccine mandate, and indicated it knew all along this was going to be held by the courts as unconstitutional.

And the wording by the court was so strong that they were surprised at what was trying to be implemented by the federal government.

It then went to the Fifth Circuit Court of Appeals that put a halt to the forced vaccinations nationwide.

The Sixth Circuit Court of Appeals will be the judicial branch that will review this case shortly after Thanksgiving.

And it will probably go to the Supreme Court unless Biden decides not to fight.

#3. Despite the court ruling, Biden’s administration is still putting pressure on companies of 100 more to enforce vaccinations.

Similar to a fascist government trying to control business decisions, the Biden administration is putting a great deal of pressure upon these companies.

As I mention in number seven below, these companies should be very careful because they are opening themselves up to lawsuits if they do try to fire somebody because they refuse vaccination.

#4. The Sixth Circuit Court of Appeals, most likely, will fine on the position of freedom, not allowing the federal government to control the lives of the individual.

The court leans towards judicial restraint.

The judges are mostly strict constructionists – meaning they interpret the Constitution and do not try to make legislation.

In contrast, the judicial activist would try to impose their own personal beliefs and legislate from the bench.

It’s unlikely that the judges making this constitutional decision will be judicial activists -they are more likely to be strict constructionists.

#5. There’s a tremendous amount of hypocrisy on the part of the Biden administration because they are using this as a means of bigger government control over the economy – and the lives of the individual.

Besides being a major increase in government control ignoring the Constitution and imposing federal power, it is actually a reversal of President Biden’s position in his administration’s past stated positions.

Last December, President Joe Biden said, “No, I don’t think (the COVID-19 vaccine) should be mandatory.”

Not only that, just this July, Whitehouse Press Secretary Jen Psaki addressed the issue: “Can we mandate vaccines across the country? No, it’s not a role that the federal government, I think, even has the power to make.”

And in late August, Dr. Anthony Fauci said: “You’re not going to see a central mandate coming from the federal government.”

The radical socialists in the Biden administration had a different idea of expanding the power and scope of the government over the economy in the lives of the individuals – and their plans are now failing…falling apart.

#6.  This Presidential action of federal control is a tremendous abuse of power by the federal government where people would lose their jobs, their pensions, their retirement, and so much more.

This vaccination mandate is heartless, mean, and cruel.

We expect the court to make the right decision and put this whole issue to rest.

#7. If you are worried about your employer, have someone in the military, or someone at school who wants to opt-out of getting a forced vaccination – be sure to listen to my video broadcast that was just made with the attorney Brad Dacus.

He gives two ways everyone can opt-out.

And he explains how if there’s a problem, he can give guidance for free of what to do.

He gives the information on how to get complete instructions on how to properly opt-out.

And finally, he explains that if it requires the work of a lawyer – his legal team will help for free.

You can see the video HERE.