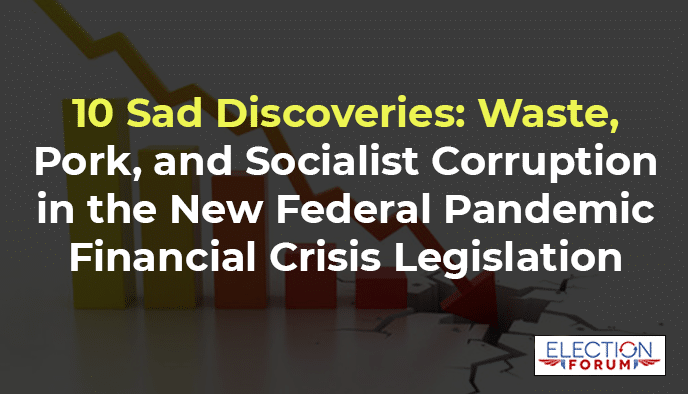 Special interest giveaways – the swamp – won millions of dollars while America suffered through the worst economic crisis in history.

And it’s not even considering the loss of individual rights and freedoms.

Look at what was added to the financial stimulus bill that was totally unrelated to our economic problems:

And Congress prints billions of dollars to spend on frivolous pork barrel projects.

In the next issue of Reality Alert, we will look at what’s yet to come.