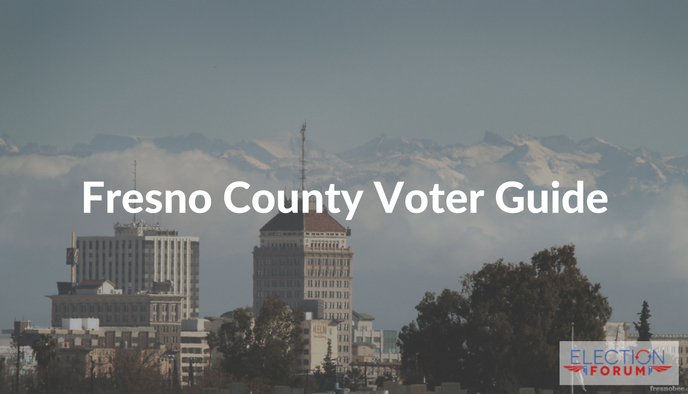 This Election 2018 Fresno County Voter Guide will help you cut through the rhetoric, election propaganda and biased media coverage of the campaigns. This guide ranks every aspect of a candidate’s record according to experience, integrity and commitment to community. Here you’ll find recommendations for:

Do you live in another county? Go to the list of counties here.

Many are recommending Ed Hernandez to “strategically limit” evil. Why? Eleni Kounalakis is a socialist and probable governor/presidential candidate in the future. She is a powerful, more appealing Bernie Sanders. It would be best to defeat her now. Ed will never advance to a higher office.

Many recommend Dianne Feinstein over Kevin de Leon to “strategically limit” evil. They dislike the thought of voting for her, but de Leon is a socialist anti-family candidate. If elected, he could run another one or two terms. Feinstein will never run again. In addition, de Leon could be a vice presidential candidate – our first total socialist. He must be defeated and stopped from being senator for the next 18 years.

California Board of Equalization

California Board of Equalization, Member, District 1

(The Biggest Taxpayer Rip Off Award 2018)

(The Most Deceptive Proposition of 2018 Award)