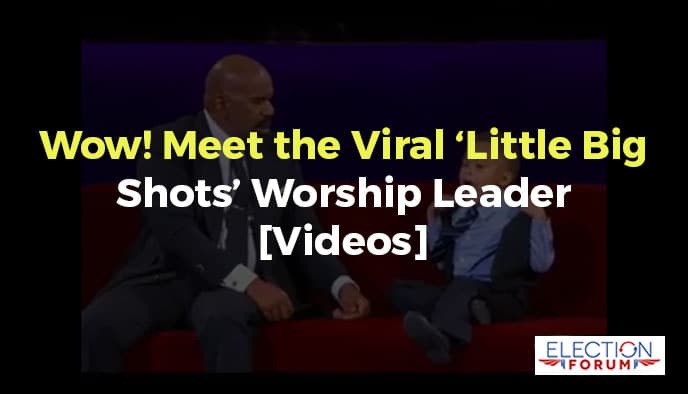 This toddler says God told him he would sing gospel music for His glory.

He has attracted millions of fans on YouTube and appeared on Steve Harvey’s “Little Big Shots” show when he was only 4 years old.

Here’s a second 4-minute Steve Harvey appearance with Caleb singing “This Little Light of Mine.” (NOTE: The video begins with a few excerpts of Caleb’s first appearance.