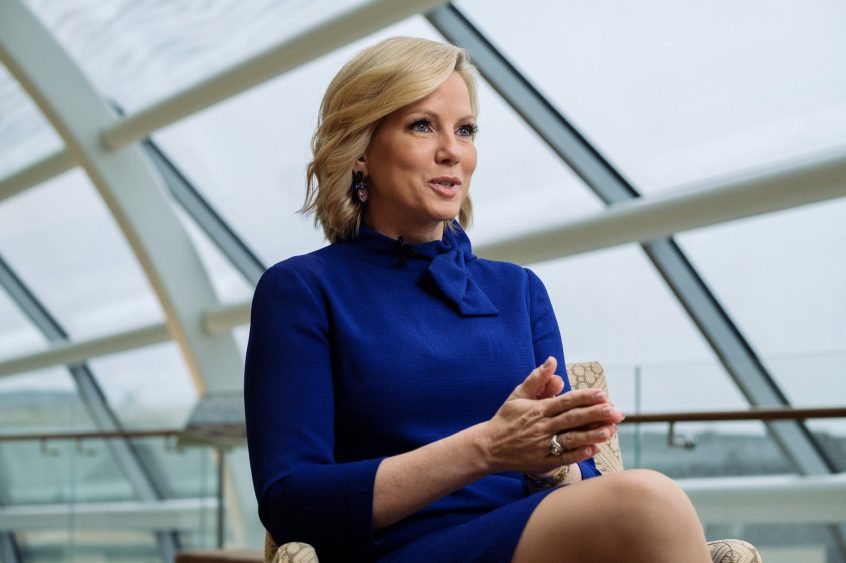 One of my favorite verses in the Bible is: “I am not ashamed of the gospel, because it is the power of God that brings salvation to everyone who believes.” Romans 1:16

But it is rare on national TV to find people professing their faith and not ashamed of the gospel.

The pressures that are on TV are intense from advertisers, media critics, ratings, and audience reaction. So, avoiding proclaiming the truth of Jesus Christ is something that a Christian in the media will do to avoid conflict, controversy… And, of course, being fired as a Christian in media.

But that is not the case with Shannon Bream.

Shannon Bream has been promoted to one of the top national broadcast shows covering politics and news.

I watched her for years on Fox News… And she has never been shy about her faith in Jesus Christ.

Here are 3 things you should know about Shannon Bream:

Shannon’s debut on Fox News Sunday brought a double-digit increase for Fox across the board compared to figures for the show last month and for other weekends earlier this year.

Shannon is not afraid to share the gospel of Jesus Christ

Shannon graduated from Liberty University in 1993 with a degree in Business Management, then returned to Tallahassee to attended law school at Florida State University. She didn’t try her hand at journalism until the age of 30.

She talks about her faith on the air and has purposely had Christian and Christian issues of interest in her programs.

She is the author of the bestselling book The Women of the Bible Speak.

She will often have Franklin Graham and other Christians who proclaim the good news of Jesus Christ and give a Christian biblical worldview answer to the issues of our day.

Shannon was fired from her first job and was told she would never make it on TV, after having been on the job for a couple of weeks.

But through God’s grace and her determination to be the absolute best, she has continued to work hard and has, in recent years, had her own show.

Despite opposition and great competition, she has made it to one of the top positions

She is one of the best news anchors on Fox News.

Shannon’s new position makes her the first woman to host a Sunday news show and the first evangelical Christian as well.

Her program airs every Sunday at 1:00 PM.

To watch a short interview with Shannon about her book, Women of the Bible Speak, click HERE

3 Comments on “Unashamed of The Gospel: Evangelical Christian Is Now Promoted to One of The Top News Programs in America — 3 Things You Should Know… [Video]”