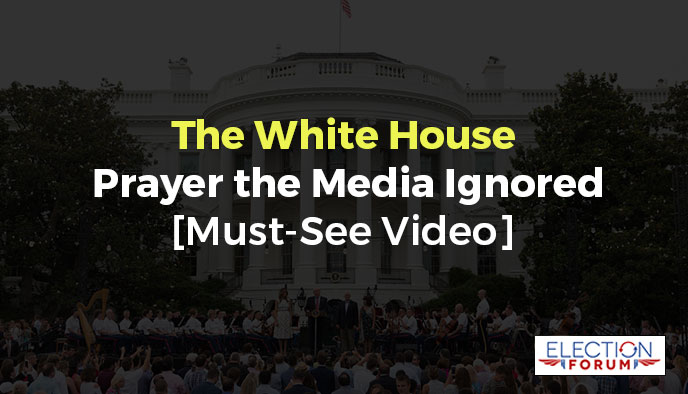 The media ignored one of the most powerful White House prayers.

And the prayer was from an orphan and a refugee.

She was born in Ethiopia…

Then she was adopted by a loving American Christian family at the age of 11.

Raised to love and follow Christ, Mahalet was invited to attend the second annual Young Black Leadership Summit at the White House – a 3-day event designed to give black community leaders a voice in addressing issues and solving problems facing black communities across America.

In front of a packed East Room on the final day of the summit, Mahalet asked if she could pray for President Trump…

The president invited her onstage and turned the podium and the mic over to her.

What happened next astounded and rocked the room…

“I’m not really good with prayers or anything like that, but I just want to say thank you, Mr. President, and I know we have a political warfare right now, but I also believe that it is a spiritual one as well,” she said.

“…I know that Americans are gonna wake up and we’re gonna get back to looking to God instead of social media, and we’re gonna look back to Jesus because Jesus saves and this country was founded upon the Constitution, was built on Godly principles and we’re gonna fight for that. And I just want to encourage you guys to pray every day for this nation.”

Watch the video of the end of the summit … and Mahalet’s prayer (5 ½ minutes).