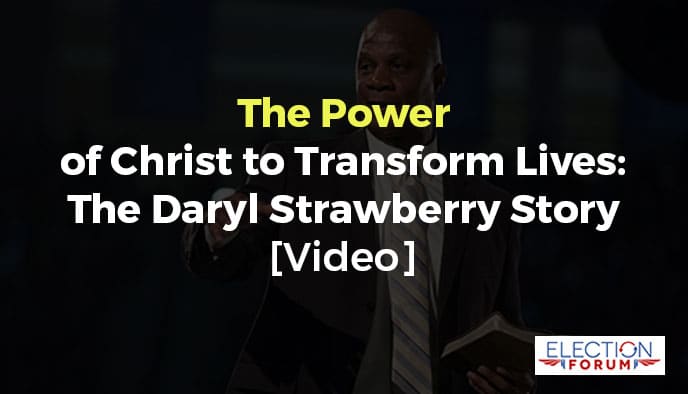 He was a Hall-of-Fame Major League Baseball player…

He was voted onto the All-Star team 8 times…

He was a 4-time World Series champion…

And he was addicted to drugs and alcohol.

His drug addiction consumed his life and impacted the latter half of his baseball career … as well as causing 2 failed marriages, a string of arrests, imprisonment and several failed attempts at rehab.

After his release from prison, Daryl Strawberry met his current wife Tracy, who helped him find redemption through a personal relationship with Jesus Christ.

At this year’s Harvest Crusade in Anaheim Stadium – in front of pastor Greg Laurie and thousands of spiritually hungry listeners – Strawberry shared his testimony of how Jesus Christ rescued him from drug and alcohol addiction and transformed his life.

He told the crowd he’s thankful he was imprisoned during the early 2000s because he may never have found God otherwise.

Today, Strawberry is an ordained minister. He and his wife co-lead Strawberry Ministries – which among other activities distributes a church curriculum called “Clean, Sober & Saved” as an outreach to families and individuals who suffer from addictions and other issues.