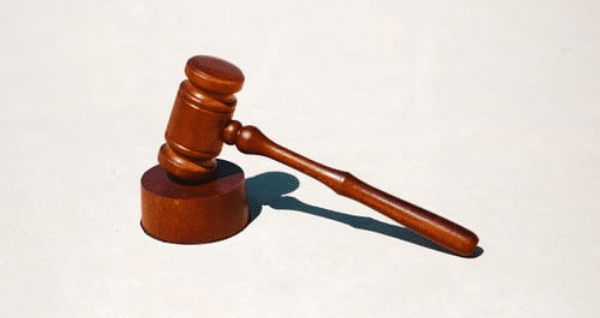 The Supreme Court has become the # 1 issue for the 2020 election.

It is the #1 reason to vote in November.

The economy is important.

Education … or no education is important.

The free and open states vs. the locked down states is important.

Many other issues are important.

But the most important issue for the future of the United States is the Supreme Court vacancy.

Here are 12 things you should know.

1. The supreme court now is deadlocked.

That’s right, with the death of Ruth Bader Ginsburg, the court is now split 4 – 4 between judicial activists and strict constructionists.

This is a problem for all current cases until a new justice is appointed and confirmed.

But it could be a huge problem of epic proportions…

2. If the election ends up in the Supreme Court as it did with the election of 2000 (Al Gore and George Bush), what will happen if there is a tie-vote?

Could the Supreme Court divide the country and create another great crisis? This is one of the reasons it is so important to seat a new justice now.

3. Ruth Bader Ginsburg has arguably been the most articulate, successful, pro-socialist, pro-social-engineering Supreme Court justice in our history.

Justice Ginsburg served for 27 years on the court as an advocate for abortion and a promoter of socialism.

She – rightly – was a strong advocate for women. But her decisions reflected a secular, socialist worldview.

She – wrongly – had an ideology that dragged America down and created terrible court decisions.

That is why the new Supreme Court justice is so important… and the #1 election issue.

You have judicial activists, such as Ginsburg, who legislate from the bench.

That is not what the framers of the United States Constitution intended.

They wanted justices who would properly interpret the Constitution, not make laws.

That is what is called a constructionist.

Legislating from the bench is wrong.

Legislation is the responsibility of the legislature.

Judges are not legislators with robes.

Legislation should be controlled by the people in elections, and reflected in Congress and in the President – not in the courts.

It should not be done by 9 unelected justices.

Their job is to protect and interpret the United States Constitution.

That is why it is so important for President Trump to nominate a strict constructionist to replace Justice Ginsburg.

4. The next justice will sit on the court for as long as three decades.

Ginsburg was on the court for 27 years. It is conceivable for someone appointed in their 40’s or 50’s to serve another 30 or 40 years.

5. Whoever is the next President will nominate probably another 2 or 3 justices as replacements for retiring or deceased justices.

Ginsburg’s death is now President Trump’s and the United States Senate’s decision. But whoever is the next President – Trump or Biden – will be appointing more justices.

6. Who appoints people to the supreme court?

The President nominates and the Senate must confirm. They must have 51 votes. The Vice President could break a tie.

The issue of who to put on the Supreme Court is so important that to wait would be a terrible injustice.

People elected President Trump based on the promise that he would appoint strict constructionist justices to the Supreme Court.

Republican senators were elected to support him in that effort.

That is what needs to be done … even if Trump loses in November.

9. Has a U.S. Supreme Court nomination been made in the past by a president in his last year?

The answer is, yes. It is normal, especially when the president and the senate are of the same party.

10. What are some of the key issues the Supreme Court will decide?

Some of the key issues the court could rule on include:

11. What is the big threat of Biden and a Democratic win in November?

The Democrats are talking about packing the Supreme Court by adding 2 or 4 more judges.

The Supreme Court vacancies are filled by the nominations of the president. The United States Senate either says yes or no.

It is critical to vote for senators who will support a strict constructionist nomination.

And for lower court judges, be sure to use ElectionForum.org to vote for and not against your values.

And be sure to by my book, The Christian Voter: 7 Non-Negotiables for Voting For, Not Against, Your Values.

We need to have strict construction judges, not judicial activists.

Let me know your thoughts. Email me at Craig@electionforum.org.

4 Comments on “Supreme Court Epic Battle: The #1 Issue of the 2020 Election is Causing Regret and Heads to Spin – 12 Facts Every Christian Should Know”