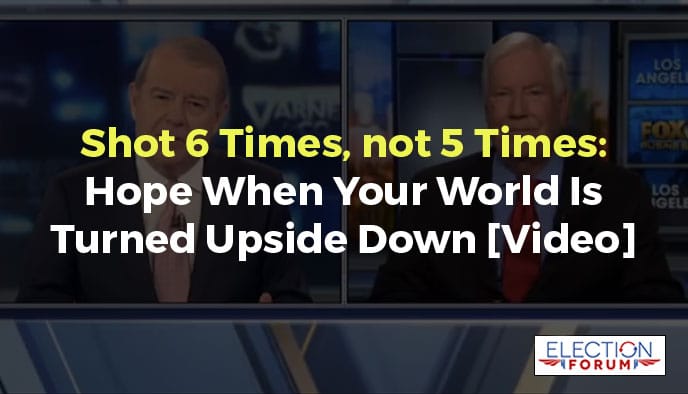 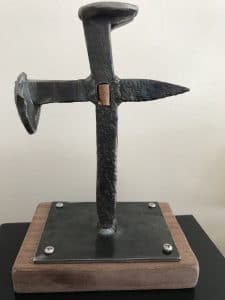 Two years ago, I was scheduled to give the Sunday morning worship service at The Ark “Calvary Chapel Montebello”.

My topic for the Bible study: Hope When Your World is Upside Down.

A week before I was on Fox talking about the spike in crime in California and elsewhere (See video here).

Little did I know that a few days later that my son Cory would be shot 6 times by gang bangers.

He flatlined on the operating table … two arteries were shattered … the doctors thought five bullets were in him, but just this year we discovered it was six.

Cory is a miracle to be alive and he is almost fully recovered from his severe injuries… by the grace of God.

He is now in Maine at a bible training school. And last week he got a great job.

He felt a bump on his back a few weeks ago… and they discovered it was another bullet – the 6th hollow-tip bullet.

He created the cross with two spikes – and put the bullet in the middle.

Thanks again for all those who prayed for him and helped him financially recover.

If you would like to send Cory a word of encouragement, feel free to drop him a note:

The weekend after he was shot, I was to give three Sunday Morning Worship services at Calvary Chapel Montebello. Shelly was going to be there and give a prayer at the end.

You can watch the service here.

It’s God’s grace and mercy that strengthened us to deliver a message on hope. Hope is all we could grab hold of after the shooting.

5 Comments on “Shot 6 Times, not 5 Times: Hope When Your World Is Turned Upside Down [Video]”