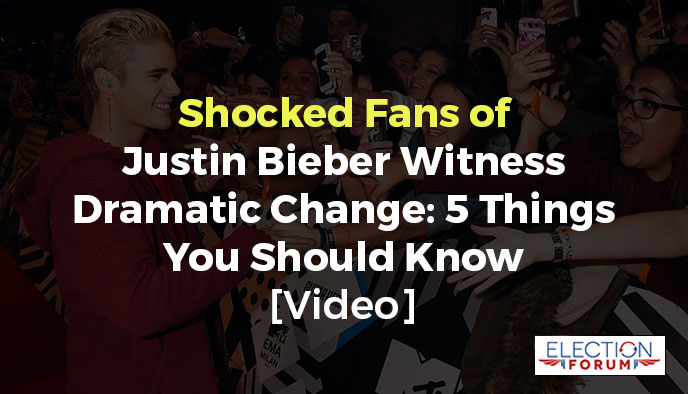 What they are sharing has shocked fans … and the entire entertainment community.

God helped him break the chains of drug and sex addiction before he met Hailey Baldwin for the second time.

JESUS HAS CHANGED MY LIFE. EASTER IS NOT ABOUT A BUNNY, IT’S A REMINDER THAT MY JESUS DIED ON THE CROSS FOR MY SINS AND THEN ROSE FROM THE DEAD DEFEATING DEATH! I BELIEVE THIS HAPPENED AND IT CHANGES EVERYTHING! I AM SET FREE FROM BONDAGE AND SHAME I AM A CHILD OF THE MOST HIGH GOD AND HE LOVES ME EXACTLY WHERE I AM HOW [I] AM FOR WHO I AM

Bieber said, “[God] doesn’t ask us not to have sex for Him because He wants rules and stuff. He’s like, ‘I’m trying to protect you from hurt and pain’”

It was 3 years before they ran into each other again at a Christian conference in Miami hosted by Pastor Rich Wilkerson, Jr.

A month after the conference, they were engaged.

They both recognize that marriage takes work…

Hailey Baldwin said in an interview with Vogue, “I’m fighting to do this the right way, to build a healthy relationship. I want people to know that.”

Baldwin admits, “We’re two young people who are learning as we go. I’m not going to sit here and lie and say it’s all a magical fantasy. It’s always going to be hard. It’s a choice. You don’t feel it every single day. You don’t wake up every day saying, ‘I’m absolutely so in love and you are perfect.’ That’s not what being married is.”

“But there’s something beautiful about it anyway – about wanting to fight for something, commit to building with someone. We’re really young, and that’s a scary aspect. We’re going to change a lot. But we’re committed to growing together and supporting each other in those changes. That’s how I look at it. At the end of the day, too, he’s my best friend. I never get sick of him.”

Pray for Justin Bieber and Hailey Baldwin, that their marriage and their lives would glorify God and be a living testimony of His unconditional love and grace.