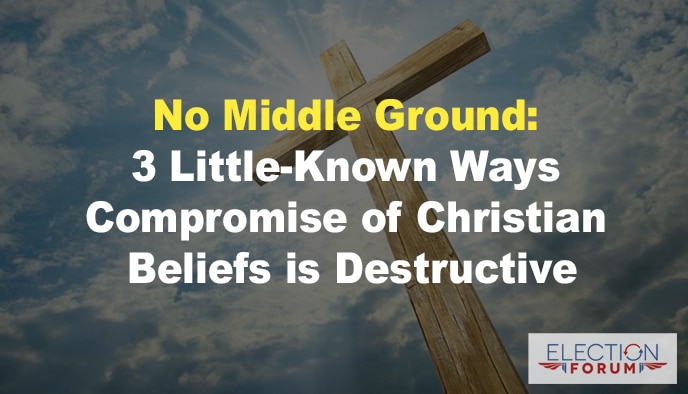 Many pastors and Christian leaders have been willing to compromise their religious freedoms because of the massive and growing pressure from local and state governments to force not only acceptance of LGBT lifestyles … but obedience to their political and social ideology.

But leaders from nearly 90 evangelical churches, seminaries and other ministries have signed a declaration rejecting any legislation designed to protect sexual orientation and gender identity (SOGI).

Because governments use so-called SOGI laws to compel individual Christians to sacrifice their deeply-held religious convictions on marriage – and on what it means to be male and female – by forcing them to engage in activities that support and promote behaviors they consider to be immoral – contrary to Biblical teaching.

Here are 3 ways SOGI laws punish Christians for their beliefs and the actions they take based on those beliefs:

A Christian printer respectfully declined to imprint T-shirts with a message promoting a gay pride festival – instead referring the client to another printer.

The client filed a discrimination complaint against the businessman … and the local human rights commission ordered him to undergo diversity training.

I’ve previously written about Barronelle Stutzman … the 74-year-old Washington florist who is about to lose her home and retirement savings for not being willing to celebrate a same-sex wedding.

She had to endure 7 years of court proceedings … and pay nearly $7000 in attorney’s fees to the woman who sued her.

When the New Mexico Supreme Court ruled against her, one of the justices wrote, “…this case teaches that at some point in our lives all of us must compromise, if only a little, to accommodate the contrasting values of others….it is the price of citizenship.”

This is not an isolated case…

His case is currently before the U.S. Supreme Court.

Other creative professionals who are having to fight legal battles to protect their freedom to use their artistic talents to proclaim their faith:

In Iowa and Massachusetts, the state governments tried to force churches to:

Government has a duty to protect free speech and religious liberty…

They empower the government to override basic freedoms of conscience, speech and religion.

And any so-called exemption in current SOGI laws will be subject to removal in future amendments to the laws … especially if in the future, the terms “sexual orientation” and “gender identity” are given the same legal status as race, ethnicity, and sex in anti-discrimination law.

5 Comments on “No Middle Ground: 3 Little-Known Ways Compromise of Christian Beliefs is Destructive”