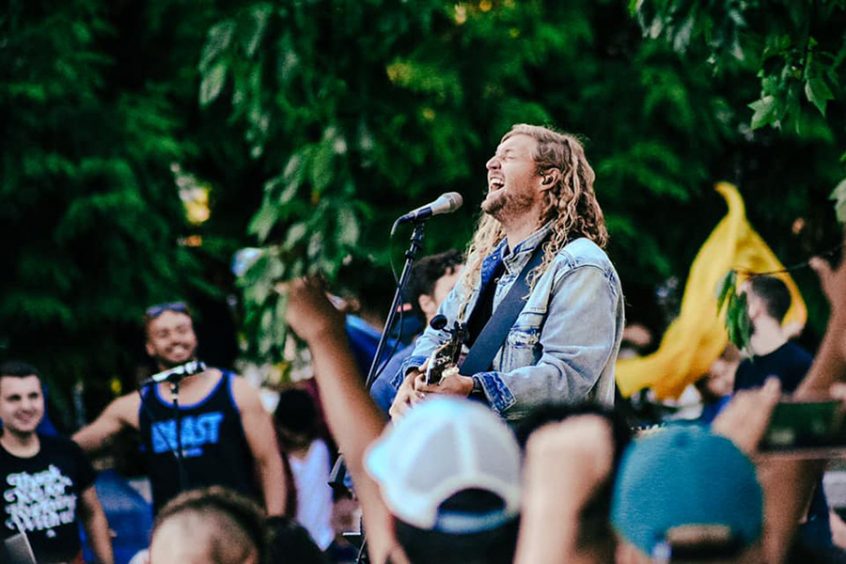 Before his special “Azusa Street” concert, he had two other events.

The day before, he held a concert at the restored, historic Echo Park in Los Angeles, California – overrun with the homeless.

Harassed and even attacked on stage by anti-Christian activists, he still passed out 441,000 hot meals.

Watch the video of people running to accept Christ as their personal Savior.

Sean Feucht said, “This was actually my favorite moment as hundreds ran to the cross, giving their lives to Jesus!!”

He went on to say about this concert and the intense opposition and criticism from politicians, the media, the health bureaucrats and “lockdown pastors:”

“I refuse to allow a virus with a 99% survival rate to keep me from plundering hell to populate heaven!! The lost need Jesus and we must badly preach Him!!!”

What did your church do for the New Year…or any other group?

Let me know. E-mail me at craig@electionforum.org.