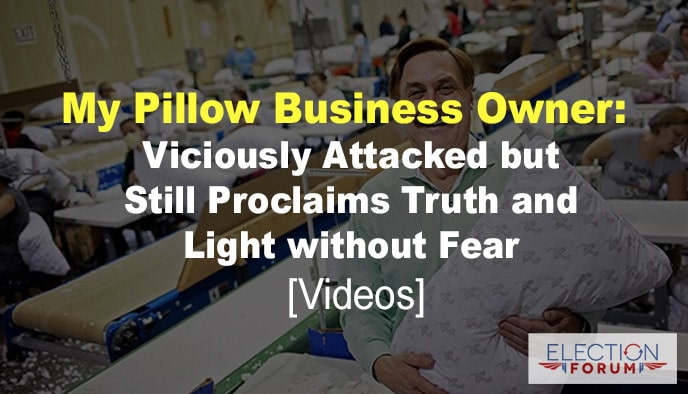 You may have seen the “My Pillow” TV commercials with the company’s owner, Michael Lindell…

He is being unfairly attacked… See the videos below.

As a business owner, I’ve noticed that over the past few years, if you’re a Christian, or believe in traditional Biblical values … if you’re an advocate of conservative or libertarian principles … then you are viciously attacked by the mainstream media … and on social media.

It doesn’t matter how good your product or service is.

It doesn’t matter how good you are at servicing your customers and producing a superior product. You are attacked.

Recent examples are the CEOs of:

And now, he’s under increasing attack because he believes in protecting the unborn … and has helped finance a new pro-life film.

The new film Unplanned tells the dramatic true story of the epic journey of Abby Johnson, who was the director of a Planned Parenthood clinic in Texas for 8 years.

She resigned from Planned Parenthood and became a pro-life advocate after participating in an actual abortion procedure for the first time.

The film is based on the 2011 book by the same title, which focuses on the spiritual transformation that brings hope and compassion into the political controversy about how best to help women who face crisis pregnancies.

Watch Michael Lindell explaining his support and participation in the film to Tucker Carlson (a little over 4 minutes).

Watch this emotional Fox News Insider interview with Ashley Bratcher, the actress who plays Abby Johnson in the film … which is scheduled to be released on March 22nd (5 minutes).

You can order the book, Unplanned, here.

Watch this 6 ¾-minute video of Michael Lindell sharing a portion of his testimony with Mike Huckabee.