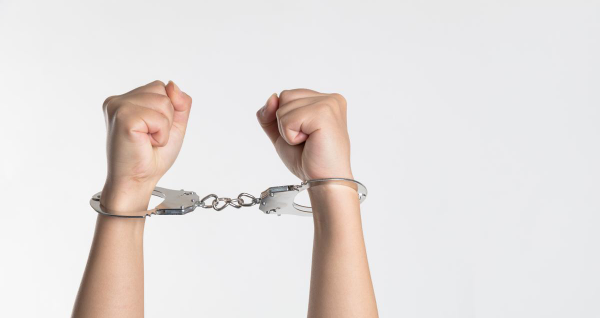 Arrest the pastors…and anyone that would dare go to church on Sunday.

Fine everyone $1,000 who tried to come to the service.

Shelly and I flew from Nashville to California to attend the church. We wanted to be there to offer support and prayer to the pastor and his fellowship, who were under attack by the California Democratic Socialists, Governor Newsom, and a Judicial activist.

Here are 7 things you will not hear about in the media – even though for two days the media discounted the reality of what happened.

If the pastor did, he would be held in contempt of court. He could be arrested or fined.

The church could have its water and electricity turned off.

Those attending could be jailed or fined for their attendance.

Pastor Robb McCoy has held church since May. Full worship. Masks worn only if wanted.

2. Everyone who came to church knew they may be arrested and fined $1,000.

One church came with hundreds but stayed outside: Why? So they would be arrested and fined, not those inside.

3. The church closure is unconstitutional and political, not scientific.

Shutting down the churches is a political act against a “political” enemy in an election year.

The Ventura County supervises on a partisan vote-Three Democrats, yes. Two Republicans, no.

The county supervisors, mad that the pastor was not obeying, voted to go to court again and asked that the police enforce the contempt charge and arrest and fine the pastor and churchgoers.

A different Judge-appointed by Republican Governor Wilson-refused to agree to this.

This is a violation of the church’s first Amendment Constitutional rights.

4. National-biased media news reported not as much on the church opening “illegally” but on a small destructing drama. A half dozen agitators came and faked a disturbance. Like other church openings, there was opposition from opponents of Christianity. Click HERE to see the biased media report-distorting the truth.

3. Vote only for Judges and elected officials who will defend Christian rights.

Let me know your thoughts by emailing me at Craig@ElectionForum.org.

6 Comments on “I went to Church on Sunday. They Said I Would Be Arrested: 5 Shocking Insights You Will Not See in the Media [Must See Video Reports]”