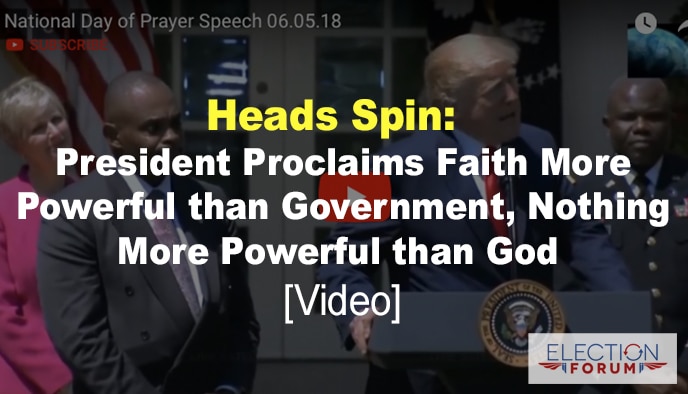 The mainstream media and the progressive politicians are coming unglued.

Because President Trump proclaimed at this year’s National Day of Prayer event in the Rose Garden:

To illustrate the power of prayer … and the transforming power of trust in Christ … Trump told the story of a convicted bank robber who began reading the Bible and listening to Christian radio while in solitary confinement in prison.

Trump didn’t say the bank robber found God in solitary confinement – which is what many Christians would have said.

Instead, the President said, “That’s where God found him.”

The FBI agent whose investigation had put the man in prison is a Christian … and had been praying for the bank robber during his trial and incarceration.

The two men are now lifelong friends and are working together in prison ministry.

It’s a powerful story … the kind of story the progressive left hates to hear.

Watch this amazing 6 ½-minute video of an incredible salvation story: