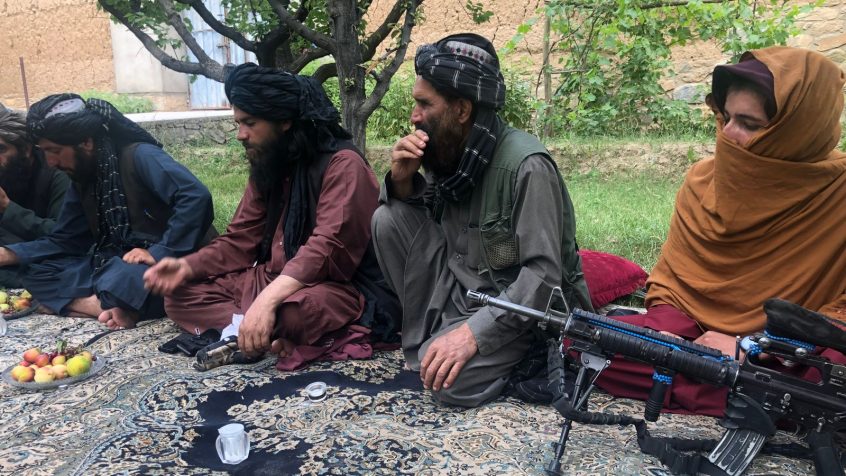 With the Taliban in control of Afghanistan, Christians are now being hunted down.

Here are 7 things you should know, what you can do and a powerful must-see video from Franklin Graham.

1. The underground church and individual Christians are in danger for their lives.

Christians are fleeing in Afghanistan.

If they live in the city, they are fleeing to the countryside.

Many are desperately escaping to the mountains.

Because the Taliban is going door to door trying to extinguish them.

The hit list comes from family or neighbors, government data the Taliban has and social media posts. Spies and informants who want favor and safety are incentivized to betray any Christian.

And some Christians sadly registered with the government in an attempt to gain acceptance.

And as the Taliban goes door-to-door they are looking also for wives for their soldiers (they can have five) usually girls over 12. Older woman 25 years and up could be sold as a sex slave. If married, they will kill the husband.

They show no mercy.

2. Verifying a Christian – how they do it.

Besides demanding a denial of Christ and allegiance to Islam, the Taliban are looking at people’s phones for apps, text, e-mail or call list.

If you have a downloaded Bible, Bible study or other evidence, they will kill the entire family at once.

3. The underground church and Afghan Christians.

In the last 20 years in Afghanistan, the gospel has gone out.

Thousands have accepted Christ as their personal Savior.

But they must meet in underground churches.

Afghanistan, even before the Taliban takeover, is the #2 worst country in the world for Christians.

Many have been persecuted, killed and falsely accused in the last 20 years.

Many Christians don’t belong to the underground church, they are in their own.

And many Christians escaping are alone, unable to talk or pray with any other believers or family.

Many Christians are desperately trying to escape. But some are not giving up.

A member of the underground church in Afghanistan wept as he described the situation unfolding.

“We are unable to control our emotions because we’ve worked so hard for 20 years. All of our work over the past 20 years has been lost overnight. Only God understands how much pain we have and how broken our hearts are. We are not crying out of fear, but because our hearts ache for our beautiful country. It has now been destroyed by this savage and extremist group.

Claiming “the whole world has abandoned us,” the man went on to assert “We are not leaving the field, we will fight harder and will continue in God’s work.”

5. Part of the problem: Political Blunder

A major reason for this was a terrible decision by the State Department, military leadership and George Bush in 2004 when they created a constitutional structure officially making Afghanistan an Islamic country.

No freedom of religion.

This was a fundamental failure helping lead to today’s living nightmare.

It was a false belief Islam could reform, a false understanding of the history and philosophy of the Islamic extremists.

6. What Christian leaders ask us to do.

Christian leaders ask each Christian and church to pray for the persecuted church.

“There is no question this whole withdrawal has been grossly mishandled, and for a rare moment in time people on both sides of the political aisle are in agreement on this. I would ask that we all specially remember to pray for our Christian brothers and sisters in Afghanistan right now. A relief organization working in the region is warning of an increase in attacks on Christians. Anyone identified as a Christian could be killed for their faith, and that they risk betrayal or falling victim to an honor killing by their own family members.

Franklin Graham has asked for prayer in your church. Here is what he said:

“Thousands of people are desperately trying to escape from Afghanistan after the country’s fall to the Taliban.

These Islamic extremists, who have now taken Afghanistan back by force, have a history of brutality, including beheadings and public executions.

Time is short and the need is urgent, and that is why I am calling for a day of prayer this Sunday, August 22.

With the Taliban blocking access to the airport and all exit routes, this is a life-or-death situation for Christians and other religious minorities, and all those who worked with or for America over the past two decades. There is no hope for these people to get out safely – apart from a miracle from the hand of God – and that’s what we need to pray for.

It is a difficult and tragic situation. Will you please join me in praying for God to intervene in a mighty way?

Pastor Franklin Graham has a powerful plea you should see. You can view the video HERE and share.

One Comment on “Genocide Ahead! Taliban Hunting for Christians: 7 Things Every Christian Should Know [Video and What You Can Do]”