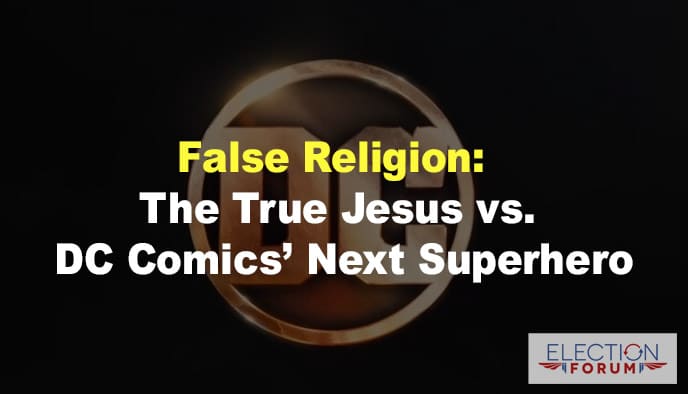 When I was a kid, I loved comics…

I devoured every comic I could get my hands on.

I read about all the superheroes…

They were always fighting evil … and they were on the side of Right.

There was right and wrong, good and bad. There was no gray. The struggle was always for justice.

But things have changed from when I was a kid…

Comics these days are dark. They deny objective truth, and instead promote relativism. They often now have anti-biblical messages.

So it’s no surprise that DC Comics is coming out with a new series called The Second Coming … set to debut on March 6th.

“Witness the return of Jesus Christ, as He is sent on a most holy mission by God to learn what it takes to be the true messiah of mankind by becoming roommates with the world’s favorite savior: the all-powerful super hero Sun-Man, the Last Son of Krispex! But when Christ returns to Earth, he’s shocked to discover what has become of his gospel—and now, he aims to set the record straight.”

Contrary to Scripture, The Second Coming portrays Jesus as having limited knowledge and limited power. This Jesus doesn’t know what’s happening on earth until He returns.

Sadly, the series of episodes is being written by Mark Russel, who grew up in church and attended Christian schools.

He explained the premise of his anti-biblical plot this way:

“God was so upset with the fact that he got crucified the last time that he wouldn’t even let him look through the celestial keyhole at Earth to keep up.”

It’s so sad that one can grow up in a Christian home … attend church regularly … and even attend Christian schools … and come away with such a warped and false understanding of the reasons for the birth, life, crucifixion and resurrection of Jesus Christ.