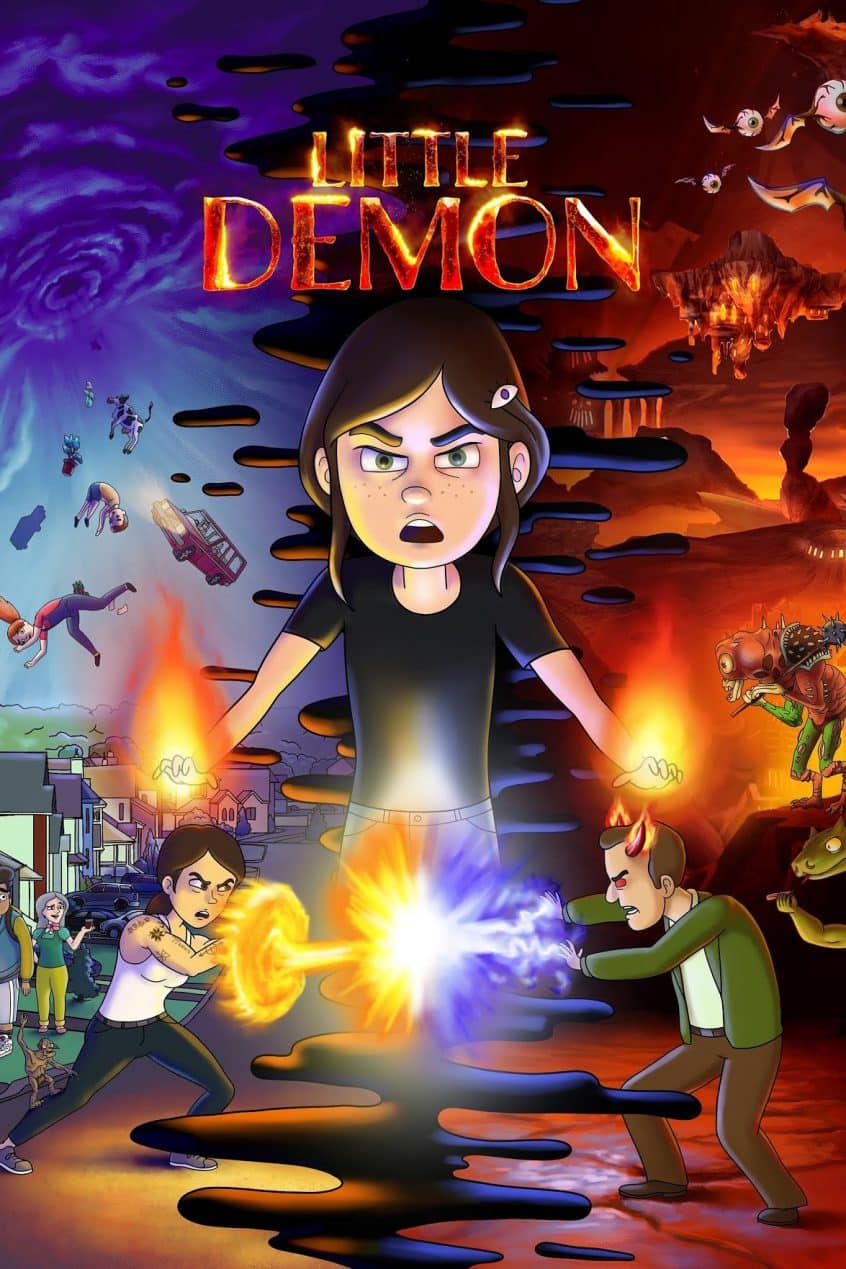 Disney has plunged to a new low with its advertising and marketing of a new cartoon series.

It’s an attack on Christians.

It’s a promotion of Satan.

It’s a new level of indoctrination to transform our culture and politics.

#1 Disney indoctrination has escalated with the cartoon “Little Demon.” [Video]

Disney leadership has publicly and willingly corrupted its movies, videos and even Disneyland – Disney World to promote LGBTQ and socialist values.

Disney has recently been promoting the new show. For example, those watching the ­­­LSU football game with their families saw the content.

Little Demon is about a mother who is impregnated by the Devil, and she and her anti-Christ daughter is living in Delaware.

The show has graphic violence, nudity, foul language… and glorifies hell, demons, and the devil.

Although the show is geared toward adults, children will inevitably watch.

#2 The series will open the door to more ­­interest in the occult and demonology.

Interest by many in demons, witches, and sorcery is likely to increase.

Christians need to be knowledgeable and able to give answers to a hurting and lost world for the hope that is within you.

“For I am not ashamed of the gospel of Christ: for it is the power of God unto salvation to everyone that believeth; to the Jew first, and to the Greek.” (Romans 1:16)

Here are 4 things that you can do immediately:

YOU can help us promote the petition nationwide.

We need help – your help – in promoting the petition.

Don’t watch or allow your kids or grandchildren to watch the show- or any show that glorifies evil.

Satan is not passive. This type of aggressive promotion is to be exposed and every Christian needs to be aware of the spiritual warfare going on.

Don’t pollute the minds and open doors to the evil one.

Satan is not passive.

This type of progressive evil promotion is to be exposed but avoided.

Be sober-minded and alert. Your adversary the devil prowls around like a roaring lion, seeking someone to devour. (1 Peter 5:8)

We can stand on several important truths:

The word of God, Christian values, and a Biblical world view is declining as generations of kids have been taught sinful worldview ideas.

Christianity is unknown to many, a mystery that is often mocked, criticized, and inaccurately understood.

Satan wants to blind people to the truth and this show helps do it.

In their case, the God of this world has blinded the minds of the unbelievers, to keep them from seeing the light of the gospel of the glory of Christ, who is the image of God. (2 Corinthians 4:4)

Further, Satan is a deceiver. With Little Demon, he is deceiving the viewer into knowing evil and mocking the reality of evil.

“There are two equal opposite errors into which our race can fall about the devils. One is to disbelieve in their existence. The other is to believe and to feel an excessive and unhealthy interest in them. They themselves are equally pleased by both errors and hail a materialist or a magician with the same delight.”

#3 The shows growing popularity is a reflection of our post-Christian culture.

Sadly, while the show promotes evil, its acceptance and growing viewership reflects our society’s values and understanding of Christian values, spiritual values, and the epic fight of good vs. evil.

Similar to LGBTQ promotions found on TV shows, videos and movies, this new push for satanic themed programs is a sad reflection of today’s worldview which is so much in opposition to Christian truth.

#4 Be aware of the power and reality of Satan and the great battle now going on.

One of my favorite verses in speaking at church is:

We know that we are of God and that the whole world is under the power of the evil one. (1 John 5:19)

That is the reality of the world today.

The Bible says that those who have not accepted Christ as their savior belongs to the God of this world.

In their case, the God of this world has blinded the minds of the unbelievers, to keep them from seeing the light of the gospel of the glory of Christ, who is the image of God. (2 Corinthians 4:4)

#5 We can stop this evil show!

In a free society, evil exists – but so does good. And it is up to good people to act whenever evil tries to pervert what’s good, and moral, and decent, and innocent.

And because we live in a free society, and Americans are fundamentally good people, we have the tools to stop Disney from perverting our culture and society and from taking away our children’s innocence.

** Disclaimer: Little Demons is by FXX, a subsidiary of Disney. It’s also streaming on Hulu, Star Original on Star+ and Disney+ internationally

10 Comments on “Disney Anti-Christian Indoctrination Escalation: And Now an Anti-Christ Cartoon Show – 5 Things You Should Know”