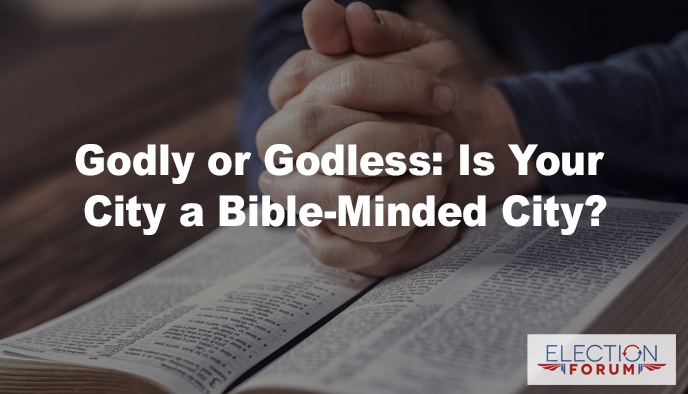 Those considered to be Bible-minded report reading the Bible in the past week and who strongly assert the Bible is accurate in the principles it teaches.

The rankings reflect an overall openness or resistance to the Bible in various U.S. cities. Nationally only 25 percent of the population is considered Bible-minded.

The study is based on interviews with nearly 77,000 adults over a 10-year period.

The top Bible-minded Cities in 2017 are:

The least Bible-Minded Cities in 2017 are:

Every year, we look at the ranking of the nation’s top 100 media markets based on their level of Bible engagement, thanks to Barna and the American Bible Society.

We are obviously a country that needs to turn back to God and His word.

Blessed is the nation whose God is the Lord, the people he chose for his inheritance.

What do you think? Email me with your thoughts at craig@electionforum.org

One Comment on “Godly or Godless: Is Your City a Bible-Minded City?”