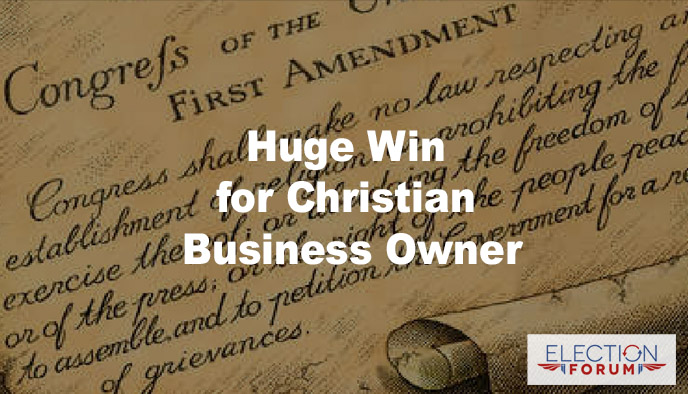 Did you hear about the T-shirt printer in Kentucky who refused to design shirts for a homosexual pride festival?

Blaine Adamson of Hands On Originals came across a difficult situation where he was asked to print messages that would be used for the Lexington Pride Festival. This would go against his Christian beliefs and violate his conscience. He respectfully refused service but referred them to someone who could assist them, not simply leaving them in the dust.

A discrimination complaint was filed against this Christian business owner and an attempt to smear the Christian company and force him to violate his beliefs.

Here is what the court said:
“The “service” HOO offers is the promotion of messages. The “conduct” HOO chose not to promote was pure speech. There is no contention that HOO is a public forum in addition to a public accommodation. Nothing in the fairness ordinance prohibits HOO, a private business, from engaging in viewpoint or message censorship. Thus, although the menu of services HOO provides to the public is accordingly limited, and censors certain points of view, it is the same limited menu HOO offers to every customer and is not, therefore, prohibited by the fairness ordinance.”
The court decided in favor of the business owner and on the side of 1st Amendment freedom.

Sadly, too many liberal judicial activist judges are forcing Christians to violate their beliefs.

Every American should be able to believe, have the freedom to exercise their beliefs and never be forced to violate their conscience. No government should force you to act against your deepest religious convictions.

Huge win for Blaine and free speech in America.

Watch this powerful interview with Blaine Adamson as he discusses Convictions in the Workplace. Click here.

Would you stand firm if it meant court, final loss, public humiliation and loss of business?