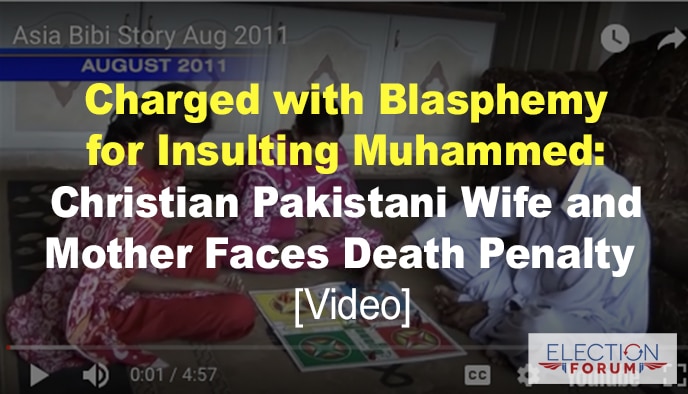 She was arrested and charged with blasphemy in 2009 after explaining to her Muslim coworkers why she’s a Christian rather than a Muslim.

Every year since then, I’ve asked readers to pray for her.

She’s been in solitary confinement in and 8 by 10-foot jail cell – for her own protection – since her conviction in 2010.

The judge who sentenced one of the murderers to death had to flee for his life … threatened with death for condemning a man hailed as a hero by the Islamists.

Asia’s husband and daughters have been living in hiding ever since Asia’s arrest.

Asia has appealed her death sentence to the Supreme Court of Pakistan.

And instructions have been issued for full-security precautions during the hearing.

Islamic extremists in Pakistan are likely to react violently if Asia’s death sentence is overturned.

Some who have been convicted of blasphemy have been killed in prison by Muslim inmates … and others have been murdered immediately after their release.

Please pray for Asia’s health … for her release … and for God’s protection for her, her attorney … and her family.

“The king’s heart is like channels of water in the hand of the Lord; He turns it wherever He wishes.” (Proverbs 21:1)

Watch this 5-minute video about Asia Bibi and her family. Note that it was made nearly 7 years ago: