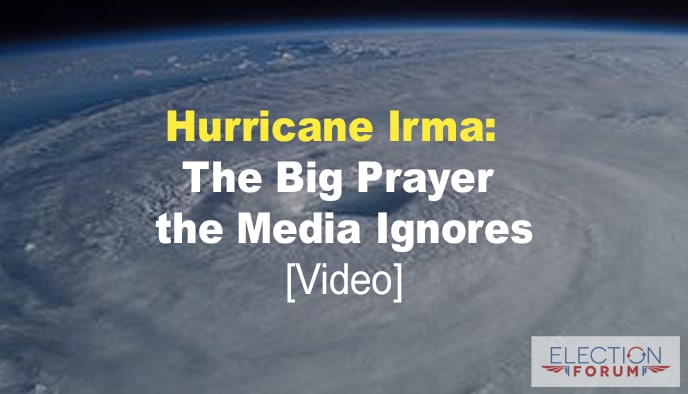 The nation’s media did a great job ignoring President Trumps call for a National Day of Prayer in the wake of Hurricane Harvey.

Why should Hurricane Irma be any different?

Once more, the media fails to mention that when President Trump and his cabinet convened at Camp David to discuss Irma, they were led by Vice President Mike Pence in prayer. 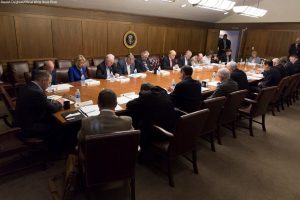 This unification of a governing body in prayer goes unnoticed and unreported.

Trump and his staff know that Harvey and Irma are a one-two punch that needs divine intervention for our country to bounce back from such devastation.

And the protection of all those who find themselves in the wake of these two huge tropical storms.

Christians can take heart in the fact their national leaders seek God’s guidance and wisdom through prayer.

“If any of you lacks wisdom, you should ask God, who gives generously to all without finding fault, and it will be given to you.”

“The fear of the Lord is the beginning of knowledge, but fools despise wisdom and instruction.”

You probably don’t know this, because it’s largely under the radar.

But through two hurricanes, the gospel is being proclaimed and spread … on TV, radio, Facebook, Twitter, newspapers.

The love of Jesus is being glorified and magnified.

The crisis has galvanized and united our country, except those in the liberal media.

With both Florida and Texas, and other states recovering, we need to:

Watch this powerful 1-minute video on how Samaritan’s Purse is responding to Irma.

CLICK HERE to read about Trump’s proclaiming a National Day of Prayer.

Watch a 4-minute video of Trump and his cabinet meeting at Camp David in response to Hurricane Irma.

One Comment on “Hurricane Irma: The Big Prayer the Media Ignores [Videos]”