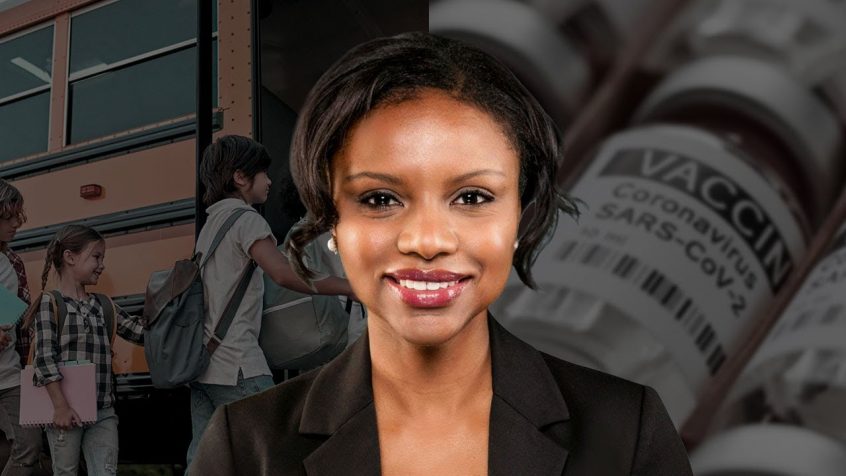 It’s all about religious freedom…but much more. You can click HERE to listen now…or read on…

Keisha Toni Russell, a constitutional lawyer at First Liberty Institute recently testified before the U.S. Senate in opposition of Judge Ketanji Brown Jackson’s nomination for the Supreme Court, arguing that her support of critical race theory means she would not be able to uphold the Constitution if she believes it is racist.

“Every lawyer and judge promises to defend and protect the U.S. Constitution, but she cannot uphold this oath if she believes that the Constitution and the principles of America’s foundation are racist and inherently flawed. Neither can a judge remain impartial and administer justice independently if she holds a philosophy that correcting racism requires affording privileged classes less justice than oppressed classes,” Russell said in her opening statement before the Senate hearing.

Here are a few key points from the podcast/interview:

You can’t control an entire group of people if they believe that there is an authority higher than government.

Today, there is a war on Christianity and people of faith right now in America.

One of the Supreme Court cases Keisha is working on is of vital importance to Christian rights and liberty.

Keisha outlined three key court cases everyone should know. You can click HERE to listen to the podcast now, or read on…

He would say a prayer on the football field after the games and the school district fired him for these prayers.

Since people could see him praying and expressing his religious rights, the School district argued he should be fired.

The Supreme Court took the case and now oral arguments will be presented to them soon.

This will tell us if teachers or coaches will have First Amendment rights across America.

We need to pray for the Supreme Court decision and the ramifications of it.

To listen to the podcast, click HERE. Or read on…

Court Case #2: Carson vs. Macon is another case Keisha is involved with dealing with school choice.

She and her Christian rights legal group, First Liberty, represents several parents that want to send their children to religious schools.

The state of Maine has a tuition voucher program for parents in rural areas where there are not public schools.

These vouchers are used to send children to private schools.

But the state of Maine is arguing that these vouchers are not for “religious” private schools – and this is of course religious discrimination.

Oral arguments have been presented before the Supreme Court and now we are awaiting a decision.

The Supreme Court must look at this and see if there is discrimination against people of faith in this situation.

Listen to the podcast, click HERE. Or read on…

The government did not grant this accommodation and threatened to punish these military members for this request.

She is asking the court to prevent the government from punishing them.

The government issued a preliminary injunction – yet the Navy seals continued to be punished by the government.

Now Keisha is asking for the politicized military leaders to be held in contempt.

The Department of Defense asked the Supreme Court to review the decision.

Keisha points out that the Supreme Court justices must be careful about the cases they take.

The Supreme Court can choose not to review a ruling that was made in a lower court.

The Supreme Court only takes less than 1% of the cases presented to them and they are very specific about the cases they took.

Pray for the Supreme Court judges and their upcoming decisions.

It’s critical to elect U.S. Senators in the upcoming election who support only judges who follow the Constitution – strict constructionists and not judicial activists legislating from the bench.

And, visit judgevoterguide.com to find out how to vote for a local or state judge in the upcoming 2022 election.

And you can visit firstliberty.org to sign up for the First Liberty newsletter to stay up-to-date on issues impacting religious freedom across the country.

Click HERE to listen to my podcast/interview with Keisha Russell.

It is about 19-minutes long.

After you listen, email and post it – let others discover her important points.

2 Comments on “The War on Religious Liberty: 3 Things You Should Know”